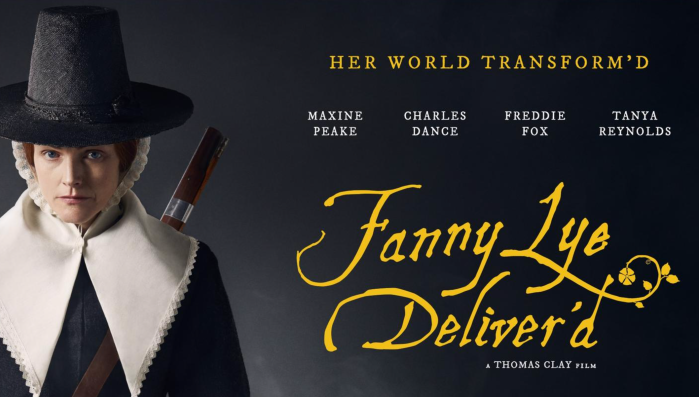 If you know me, then you will know that my two biggest interests at school were English and History. Translating that into my passion for film, it’s fair to say that I’m a bit of a sucker for any kind of historical, period piece that gives audiences something a little bit different than what they are used to. With whispers and descriptions of something like “Funny Games meets The Witch“, I was hoping that Fanny Lye Deliver’d would satisfy my recently unquenched craving for a great, but different, period film.

Set in 1657, Fanny Lye Deliver’d tells the story of Fanny Lye (Maxine Peake), a Shropshire farm wife whose life is turned on its head when her home is intruded upon by a dangerous but enticing young couple. With the strict Puritan rule of her husband (played by Charles Dance) on one hand and the alluring liberty and sexual freedom of the strangers on the other, Fanny not only comes to term with her inner feelings, but also finds within herself new levels of bravery when the guests attract unwanted and violent attention.

Everything about the premise of Fanny Lye Deliver’d massively appealed to me, from the cast to the story to the time period, but there is just something about it that doesn’t quite give me what I was looking for. Those describing it as ‘Funny Games meets The Witch‘ aren’t far off the mark, but is some ways it feels like the film never quite commits fully to entering into that uncomfortable territory that it sets up. Don’t get me wrong, there is graphic violence with some unexpectedly graphic sexual stuff to boot, but it still feels like the picture could have given the audience even more.

In terms of aesthetic, the film looks and feels very tight and claustrophobic, intentionally so. There is a rolling mist that permeates the vast majority of outdoor scenes, which is an effective way to close the characters in with one another. The overall hazy, mellow look go the cinematography offers a really interesting contrast to the high tension of the narrative, especially when the shit really hits the fan in the final third.

For a film called Fanny Lye Deliver’d, something that is quite striking is that there just isn’t enough Fanny Lye in centre stage; for me, anyway. She is the most interesting character, she is the title character, but what unfolds is a lot of talking and monologuing by the male characters instead. Of course, there is a connection with the oppressive attitudes towards women at the time, but it doesn’t take way from the fact that arguably the film’s best asset isn’t sufficiently utilised. On the whole it is a film that is flawed in some key areas, but it is certainly not a film that could be accused of being boring. 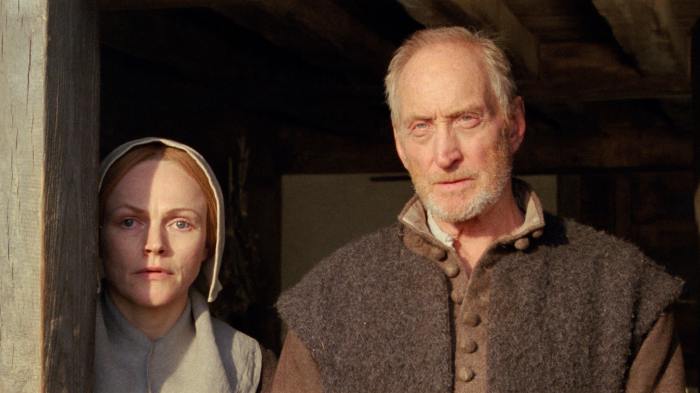 As I alluded to above, Maxine Peake really is the beating heart of the film, so it is a shame that much of her performance consists of reaction to others rather than doing things herself. Fanny Lye is an intriguing character with a past that hints to a different lifestyle to the strict Puritan one her husband has now imposed, and I would have liked to have seen more of that ‘spunk’ displayed in more moments outside of the climactic finale. It’s funny, between this, Peterloo and Gwen, it seems like Peake has carved out a recent niche for herself in these ye olde British period pieces!

Charles Dance is gratingly pious as the husband John, a former Cromwell soldier whose commitment to religion makes him an unbearable bore and even worse, faux righteous abuser. Anyone who ever saw Dance do his thing in Game Of Thrones will know that he is good at playing that type of manipulator. Together, the two are an unlikely and incompatible pair, and that is precisely the point, with tension showing in the union even before the intruders turn up.

As for the intruders themselves, Freddie Fox as Thomas Ashbury and Tanya Reynolds as Rebecca Henshaw are suitably ‘alien’ in the universe of the Lye family farm. Young, smooth, sexy and unapologetic in their actions, they provide the spark that Fanny needs to awaken in herself that side that no longer wants to be subservient to a husband that doesn’t respect her.

Overall, it would be fair to say that Fanny Lye Deliver’d is a film that is more impressive in theory than it is in on screen. The concept of a story about sexual and religious morality set in an era where England was arguably at its most religious and most morally strict is super interesting, with an added element of true violent thriller thrown in for good measure. That all sounds great, and there are definitely moments in the film that succeed, but those moments are partnered with a few filmmaking decisions that aren’t as impressive. Definitely worth a watch, but not a complete winner.