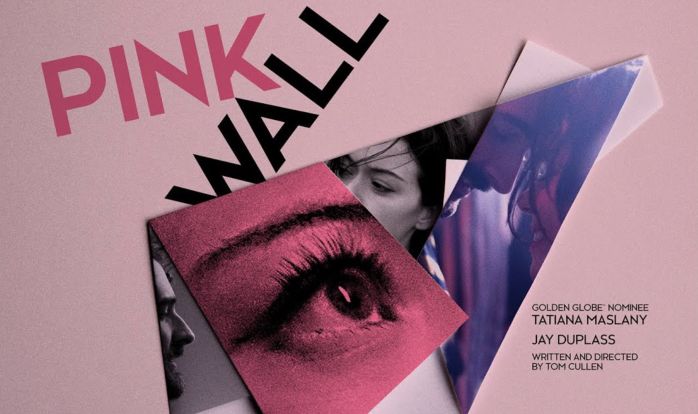 You know the dude at the end of the Titanic whose main job was just to row around in the ice shouting “IS THERE ANYBODY ALIVE OUT THERE?”. Yeah, that’s pretty much where I’m at mentally as we enter into another day (I’ve lost count) of lockdown. Curzon Home Cinema continues to offer me a few breadcrumbs of normalcy in the form of a selection of new VOD releases, with this week’s choice being Pink Wall, a first time directorial (and second writing) feature effort by Welsh actor Tom Cullen.

The film tells the story of a six year relationship between Jenna (Tatiana Maslany) and Leon (Jay Duplass), two Americans living in the UK. Playing with chronology to present a series of backwards and forwards vignettes for the audience to piece together, the film weaves in and out of the relationship, showing the good times, the bad times, and some of the ‘just okay’ times in between in a really raw and authentic feeling collection of snapshots.

The rise and fall of a relationship is a narrative that we are very familiar with at this point in the game, and whilst Pink Wall doesn’t feel like one of the best of its kind, it does do a few things that I think are noteworthy. Within the writing and characterisation of the central couple, there is an interesting playing around with gender roles and gender expectations, with certain arguments and sticking points that might traditionally be associated with one partner, being assigned instead to the other. All of the greatest hits are addressed from cheating to wanting children to work pressure and jealousy, though perhaps not in the ways that you are most used to.

Aside from the interesting gender expectation angle, however, I have to say that Pink Wall doesn’t quite do it for me overall. A story like this, released at this time, is going to suffer inevitable comparisons to something like Marriage Story, and where I personally feel that Marriage Story succeeds and Pink Wall fails is in making its protagonists flawed but likeable. Jenna and Leon are definitely ‘real’ characters, but spending time with them doesn’t prove to be a particularly enjoyable experience. There is something quite pretentious and hipster feeling about their existence, further amplified by a quite unbearable group of friends. The dissolving of a once loving relationship is always an uncomfortable watch, intentionally so, but what ends up happening in Pink Wall is more of a grating experience than a heart wrenching one. 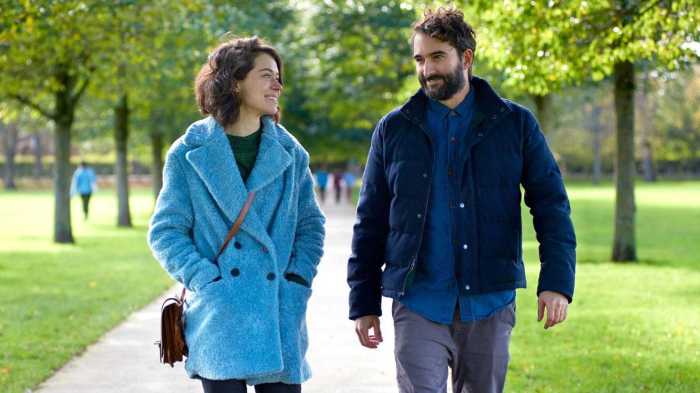 As Jenna and Leon, Tatiana Maslany and Jay Duplass are really good separately, and only ‘fine’ together. As individual characters both Jenna and Leon are quite interesting to analyse and pick apart, with Maslany harbouring big career ambitions and a rather forceful attitude, and Leon representing a mix between sensitive new age man and typical directionless stoner who is content to coast along.

The problem, for me at least, is the lack of chemistry between the two leads in a romantic sense. The impact of the film depends on whether you are interested in seeing them succeed as a couple, and I can’t say that I ever felt the kind of pull that I have in other relationship movies like the aforementioned Marriage Story or even La La Land. Admittedly, this film is telling a story with a very different tone to those examples, but that doesn’t change the way it made me feel in real time.

Overall, Pink Wall is a tight, tense, economic little relationship drama that does a few interesting thematic things with its lead characters, but the major failing points for me are a lack of likeable characters and a leaning into some of the mumblecore traits that tend to turn me off in film. It’s not a ‘bad’ movie my any means, just not one that appeals to my particular cinematic sensibilities.