Remember back in 2016 when everybody piled in on the disaster that was Suicide Squad? I was a card carrying member of the crowd who thought the movie was massively flawed, but reading my review back, it’s obvious that one of the very few things I did enjoy was Margot Robbie’s take on Harley Quinn. Clearly, that seems to have been the general consensus, so here we are in 2020 with another trip to that version of Gotham, this time focusing on Harley and getting rid of all the driftwood that made Suicide Squad such a disappointment. I went in cautiously optimistic about this one.

And ultimately, though it does fair better than Suicide Squad, Birds Of Prey is still only ‘fine’ at best. In an attempt to free the character from her oppressive ties to the Joker, the film puts Harley Quinn (Margot Robbie) in the middle of things with her own Gotham centred narrative. After breaking up with her long time villainous beau, Harley’s protection is lifted and she suddenly finds herself the target of most of the city’s bad guys out for revenge.

Connecting at scheduled points with a number of other female characters in the universe including vigilantes the Huntress (Mary Elizabeth Winstead) and Black Canary (Jurnee Smollett-Bell), young pick pocket Cassandra Cain (Ella Jay Basco) and cynical police detective Renee Montoya (Rosie Perez), the narrative forms into a squad movie of sorts, with the women teaming up to fight off the movie’s main big bad, crime lord Roman Sionis (Ewan McGregor).

Despite a promising set up, I think the fact that I can barely remember the movie even though I watched it mere days ago says everything about it. Birds Of Prey has a lot to offer in terms of fun action sequences and vibrant visuals, but at the end of the day, some of the technical choices that it makes prove to be its downfall. Chiefly, the decision to rely heavily on flashback scenes to establish the timeline doesn’t really work for me. Every time you feel yourself settling into the story and enjoying yourself, yet another jump in time occurs and you find yourself having to find a rhythm all over again.

There’s no doubting that it’s cool to see a movie like this fronted by an almost all female, diverse cast, but those vaguely empowering vibes aren’t always enough to carry it the whole way through. Birds Of Prey is a fine enough time to have in the cinema if you are more interested in turning your brain off and enjoying some popcorn, but it feels like at this point in the comic book genre game, a lot more is required to make something an out and out banger. It’s fun to look at and quirky in parts, but to be honest, the whole thing just feels a little bit vapid and inconsequential. 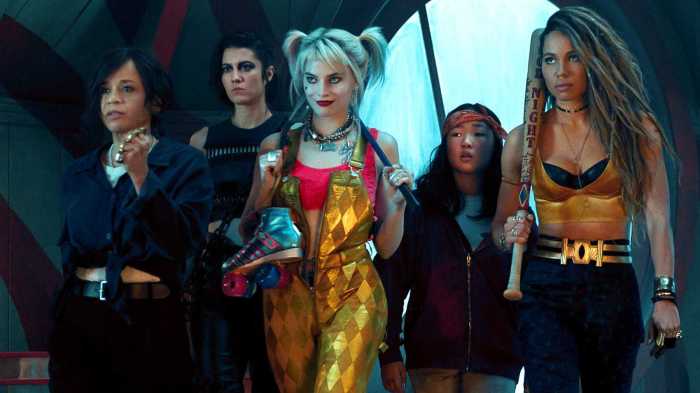 One thing the film definitely does get right is its casting. As I fully expected, Margot Robbie continues to play a brilliant version of Harley Quinn, to the extent that I really can’t imagine anyone else in the role going forward. I have no context for the character other than Suicide Squad, but I like what I see and Robbie’s portrayal feels like a breath of fresh air whenever she is on screen. It’s safe to say that the movie wouldn’t be half as good without her.

Similar praise can be heaped on the rest of the ‘girl squad’, with Rosie Perez seemingly born to play a kick ass, tough talking New York style cop. Special shout out to Mary Elizabeth Winstead who proves to be a real scene stealer as the Huntress, arguably the ‘supporting’ character with the most interesting backstory. She’s in the film the least out of all the main players, but for my money she proves to be the most memorable.

As the pictures key antagonist Roman Sionis, Ewan McGregor is clearly having a great time in a sort of semi camp, fully psychotic role. Is the villain the best I have ever seen? Absolutely not, but McGregor does have a few moments to shine, and the character has an interesting, decidedly homoerotic dynamic with his sidekick Victor Zsasz played by a fully zoned in Chris Messina. In a film full of anti heroes, the pair are certainly the most villainous, so in that sense they do their jobs!

Overall, it’s probably fair to say that Birds Of Prey is a film that provides a relatively fun experience in the cinema, whilst at the same time having a number of glaring issues that prevent it from being anything close to great. The movie has already been subject to name change (ditching the bloated ‘and the Fantabulous Emancipation of One Harley Quinn‘ continuation), which reflects a wider issue of identity on a larger scale. It’s a film about Harley Quinn, but also about the Birds Of Prey of which she is not a part, but also very much a film about the Joker that doesn’t actually feature the Joker. It’s a lot, and it’s strange, and you can feel those weird tensions from start to finish. Vibrant aesthetics and some really awesome action sequences, but ultimately, just kind of okay.