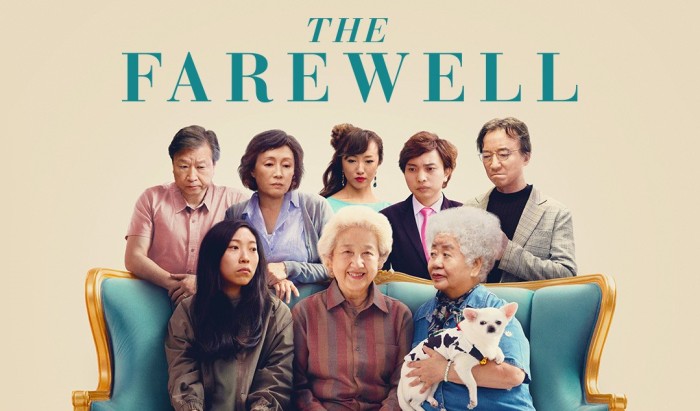 Back in 2012, if you would have told me that the woman who released a rap song titled ‘My Vag’ would be fronting a sensitive, poignant, family drama that looks set to be right up there at the top end of awards season, I would have told you to get yourself to the doctor. However, if the last couple of years have taught us one thing, it’s that we can’t predict the state of the world in any capacity, cinema included!

Written and directed by Lulu Wang and based quirkily semi-autobiographically on ‘an actual lie’, The Farewell tells the story of Billi (Awkwafina), a Chinese-American woman who travels back to China to see her beloved grandmother ‘Nai Nai’ (Zhao Shuzhen) after news of a terminal cancer diagnosis. This, however, is a visit with a difference. In keeping with a kind of Chinese tradition, Billi’s family have decided to keep Nai Nai’s diagnosis a secret from her, opting instead to hold a wedding to give everyone the chance to see her one final time rather than letting her know that she is dying.

As you might expect from such a premise, The Farewell produces a narrative that is filled with a perfect balance of humour and melancholy, taking something that seems fairly absurd and scaling it down to a set of incredibly poignant and effective sequences that simultaneously fill you with warmth and woe in equal measure. Much of the film is subtitled, but more so than in many foreign language films I have seen, the themes covered in The Farewell are so enormously universal that any kind of culture divide seems to dissipate, leaving the real heart of the story as a comprehensively engaging experience for all viewers to take together.

With the various members of Billi’s family spread out from China to Japan to the United States, there is both comedy and tension created by the differences of opinion, language barrier and newly adopted culture that each possesses. Outside of the central Nai Nai plot, the film is punctuated with little moments that show both the strain and the strength that families can have when forced into unusual and trying circumstances. Whether the plot is taking a dramatic turn or a comedic one, the story is always told in such a delicate and grounded way that the audience feels connected and present throughout. The Farewell doesn’t just present a family to watch for 90 minutes, it really feels like it invites you in to be a part of it.

Distributed by A24, the independent company are fast becoming a synonym for quality in cinema. Recent releases including Mid90s, Gloria Bell and High Life has all been positive experiences for me, and although I didn’t have such fondness for the likes of In Fabric and Midsommar, one thing that you can’t deny about A24 is that they made interesting and bold decisions with their content. I’m happy to say that The Farewell falls much more decidedly on the positive side for me, one of the more poignant and warm films you will see this year, with a finishing ‘where are they now’ screen that will have you unable to hold back a tear or two. 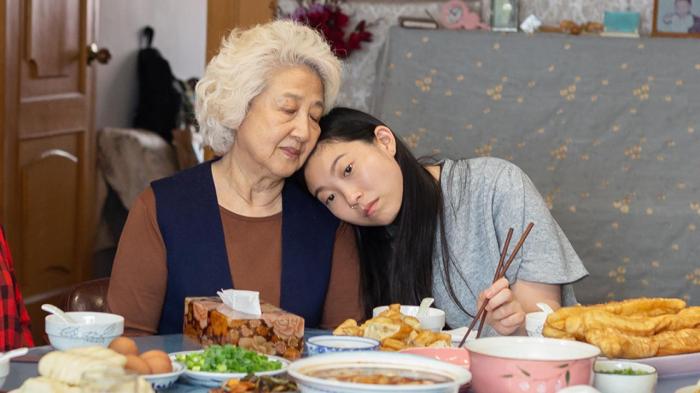 As Billi, Awkwafina gives a performance that I feel has elevated her into a whole new sphere of stardom. The most emotional and the most incapable of hiding her true feelings in the family, Billi is the character who finds it hardest to go along with the ruse, and this gives Awkwafina the license to operate down the fine line of keeping up appearances whilst also fighting off huge inner turmoil. You can really see these battling emotions coming through, and what is so great about her performance is that so much of it sits in the silence, in the middle distance stares and the melancholy presence that she has in larger family settings.

There aren’t many actresses around right now who would be able to convey as much sadness as Awkwafina does whilst still succeeding in keeping the overall tone of the film much lighter than its subject matter would suggest. It’s a wonderful performance and one that I am sure will gain traction during awards season.

As the sweet but sassy Nai Nai, Zhao Shuzhen also gives a performance that I believe deserves award recognition. Kind, caring, loving, with a tendency to interfere, Shuzhen captures the essence of the ideal grandma, and the chemistry that she shares with Awkwafina on screen feels really special. As someone with a foreign grandmother in another country, there’s no doubt that I mixed some of my own sentimental feelings up with the narrative, but without a doubt it still stands alone as a relationship that will melt your heart.

The extended family consists of a host of solid supporting performances, notably Tzi Ma and Diana Lin as Billi’s father and mother. Chen Han as Billi’s Japanese cousin Hao Hao, the groom of the film’s staged wedding plot, is especially funny and memorable in his role. Another fish out of water but in a different way to Billi, the two cousins seem like the most unwilling and uncomfortable, but both express themselves in different and enjoyable ways.

Overall, The Farewell is a real treat. Don’t make the mistake of skipping it because you think the story might be too sad or sombre, because the film takes extra care in achieving the perfect tone and balance. It is warm and sweet in places, and melancholy and emotional in others, but at no point does the film feel exploitative or cynical in its treatment of death and grief. If you are the kind of person who likes to keep up with awards season, then I think this is going to be a must watch.