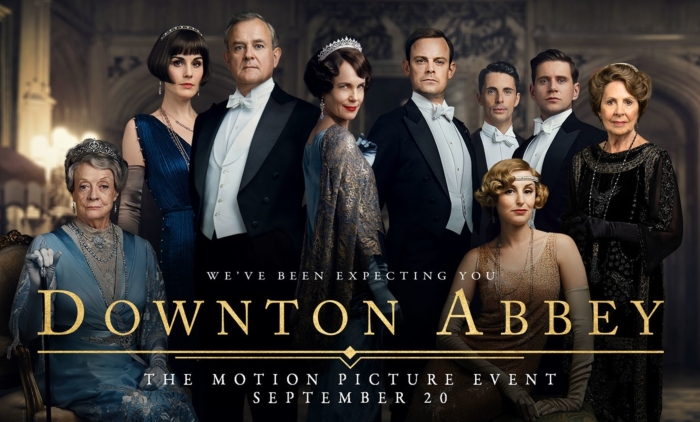 From the moment Downton Abbey come to a conclusion on the small screen back in 2015, talk of a big screen outing began almost immediately. Perhaps taking a little longer than they might have expected, fans were made to wait four years to finally be able catch up with the Crawley family and their various aristocratic melodramas. The show’s original five year run was pretty much a worldwide phenomenon, so with millions in box office sales already guaranteed, I was interested to see if the film would be able to recapture some of the magic that the show had at its height.

Set in 1927, this cinematic outing takes the audience back through the doors of Downton Abbey, where the Crawley family are thrown into a panic after receiving the news of a royal visit. With King George V and Queen Mary soon to arrive the household hurries to ready itself both upstairs and downstairs, with all of the kinds of temporary obstacles and tribulations that one might expect from an established period drama.

Here’s the thing about Downton Abbey. As a nostalgic revisit to one of televisions most recently beloved universes, it’s completely inoffensive, but there is no denying that neither the story nor the execution needed to be showcased on the big screen. This royal visit edition of Downton Abbey feels every bit another Christmas special rather than a proper ‘feature film’. With the exception of a cinematic feeling, but inconsequential, train sequence at the very beginning of the movie, there is absolutely nothing in Downton Abbey to suggest that it warranted the motion picture treatment.

The filmmakers have gone to pains to make sure that we check in with all of the favourites from the series, but this proves detrimental to the overall narrative in my opinion. It’s usually against my religion to give anything with Maggie Smith less than four stars, but truly, this Downton Abbey film is a randomly segmented revisit that, in its attempts to whip round and give us all of the ‘greatest hits’, fails to provide any real depth of drama or emotion.

Of course, the ‘greatest hits’ nature of the narrative means that most fans of the show are going to find things that they like across the runtime. Viewers are treated to all of the same kinds of high jinx from blossoming love between the classes to family secrets to comfortable comedy, but in terms of doing something extra special to make a film outing worth it, Downton Abbey offers nothing particularly new or exciting. In fact, without the nuance and time of a full series, many of the attempted story threads fall somewhat flat.

As someone who is of the opinion that the last few seasons of Downton Abbey severely dropped off in quality, I have to say that the film version feels much more like season six than season one. The added occasion of the royal visit certainly gives the picture a focal point, but it always feels like it is battling the smaller, more intimate tangents that relate to the characters we know and love. Ultimately, it might feel nice and comfortable, but is there really any point?

As was the case for much of the show’s lifespan, it is the performances of a few key players that spark the majority of joy in Downton Abbey. Maggie Smith picks up exactly where she left off as Violet Crawley, taking every second of screen time by the scruff of the neck and expelling passive aggressive barbs wherever she can. Smith was always the MVP of the series, and the creative team are more than aware. The film feels at its most ‘Downton’ whenever she is on screen, in fact it’s a shame that Violet as a character isn’t given more room to play rather some of the more random narrative threads.

The likes of Michelle Dockery as Mary, Hugh Bonneville as Robert, Laura Carmichael as Edith and Allen Leech as Branson all slip back effortlessly into their characters and don’t put a foot wrong. In much the same way that the tail end of the show did, the film feels like it underuses Elizabeth McGovern in the role of Cora. She was always one of my favourites, and it’s not an exaggeration to say that she has less do in the film than many of the brand new characters which is a shame.

On the downstairs side of things, Phyllis Logan, Joanne Froggatt and Kevin Doyle all stand out as Mrs. Carson, Anna and Molesley respectively. In what feels like a very contemporary move, the film spends a considerable amount of time in a narrative thread concerning head butler Thomas’ (Robert James-Collier) sexuality. James-Collier has always been great as Thomas and the film is no exception, but his extended side-plot is arguably one of the biggest examples of the picture never quite getting to grips with its pacing and decision making in a narrative sense.

Overall, there is absolutely no doubting that most Downton Abbey fans are going to eat this up, and there is no reason why they shouldn’t. They get to spend two more hours with characters they loved, and the formula is very much the same. On the other hand, however, there really is nothing in a cinematic sense that sets the film apart from its television counterpart. The budget will have been bigger, but that doesn’t translate in any meaningful way on the big screen. It’s very much a Christmas special, and to be honest, not even the best Christmas special that the show has ever produced. At the end of the day, I’m 100% certain that my granny is going to love it, so what does my opinion even matter?