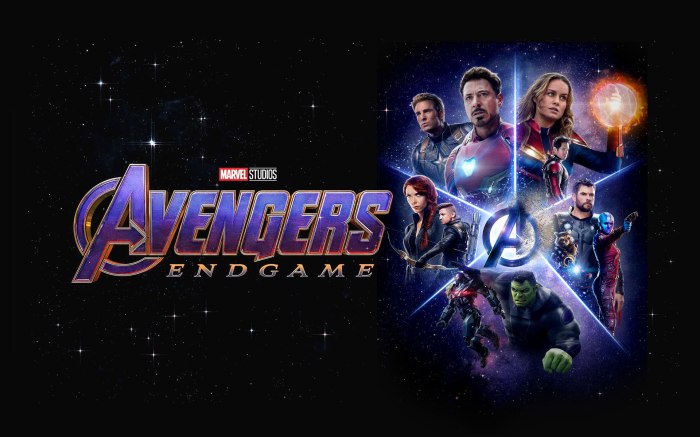 WHAT IS THIS, I HEAR YOU SCREAM? Amy Andrews, of Oh! That Film Blog, writing an actual review of an actual proper Marvel movie? Let me tell you, kids, I’ve been on a pretty big adventure. After finally admitting that this is a pop culture footprint too large to be ignorant of, I set about watching all previous Marvel Infinity Saga films. After twenty-one films in twenty days, some super highs (Thor: Ragnarok, Black Panther) and some super lows (The Incredible Hulk, Doctor Strange), I am finally ready to join the ranks of normal cinema goers and settle in to the cinema to watch a big bloody Avengers movie! After the chaos of Infinity War, would my month of Marvel madness be satisfactorily topped off by the long awaited, much anticipated Endgame?

Ultimately, it is kind of fitting that my sum feelings on Avengers: Endgame are pretty much the same as my sum feelings on my Marvel Cinematic Universe as a whole, some massive highs peppered with some disappointing lows. I’m not going to pretend like the connections I made to these films and characters in twenty something days is in any way comparable to the connections fans have made over more than a decade, so feel free to take this review with a pinch of salt!

Trying to be as sensitive to spoilers as I can, the film picks up in the aftermath of the events of Avengers: Infinity War, with the remaining heroes including Captain America (Chris Evans), Black Widow (Scarlet Johansson), Iron Man (Tony Stark), Thor (Chris Hemsworth), Hulk (Mark Ruffalo), Ant-Man (Paul Rudd) and co. desperately searching for a way to undo the catastrophic universe changing acts committed by Thanos (Josh Brolin) and his Infinity Gauntlet.

There is no getting away from the fact that this is a three hour long movie. However, what audiences are rewarded with for their patience is one of the more nuanced and contemplative Marvel films in the series. In fact, the entire first hour of Endgame could be described as a superhero episode of The Leftovers, something I never thought I’d say! Characters are coming to terms with what they lost, and how they lost the biggest battle of their lives, and we get to see more human sides of all of these guys than we have before. For some, this will feel slow paced and patience testing, but for me it was actually the portion of the film that I enjoyed the most.

Of course, the second hour is much more action filled, building then to a third hour that feels like the culmination of every individual battle from every individual instalment of this twenty two film series. The action is intense and there are dozens of emotional payoffs along the way, but that isn’t to say that I was satisfied by every single choice the movie made. Certain characters are given full, fleshed out arcs, others are given short shrift. I think ultimate enjoyment of Avengers: Endgame is going to depend on which actual Avengers are your personal favourites. 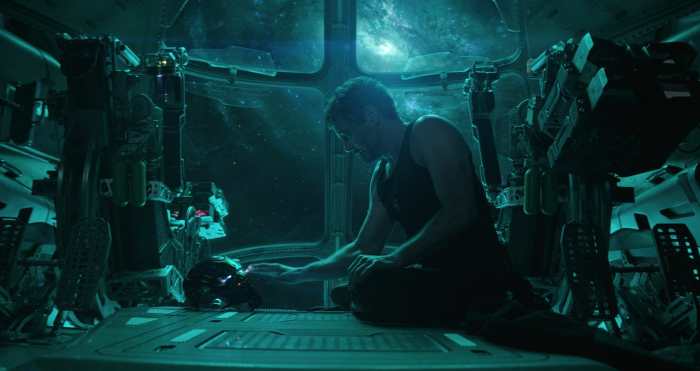 As has been the case with every instalment in which he has appeared, Robert Downey Jr. is the undoubted star of the show. In a narrative filled with personal and universal stakes, Tony Stark’s feel like the biggest, and Downey Jr. brings as much sharp talking and intellectual intensity as he has for the past eleven years. This MCU journey started with him, and it only feels right that it should end with him in many ways.

The cast in these types of films is often too large to really pick many people out, but from my point of view, Chris Evans gives one of his best Captain America performances, Mark Ruffalo gets to do something a little different with his Hulk, and Paul Rudd as Ant-Man turns out to be a surprisingly prominent player both in terms of the plot and the strength of his performance.

On the more critical side, I can’t say I am pleased with the direction that the film sent Chris Hemsworth’s Thor in. Thor became my favourite character over the course of my marathon, and in my opinion he is criminally misused in this climactic outing. The same goes for Scarlett Johansson as Black Widow. From being denied her own movie to being forced into an awkward, temporary side romance with Bruce Banner, it feels like they never really knew what to do with Black Widow, and the continuation of that in this film is a great shame.

Overall, regardless of whether I think Avengers: Endgame is one of the best movies ever or not (I don’t, as it happens), there is absolutely no arguing that what Disney have pulled off here is nothing short of a miracle. To begin this series at a time when superhero movies were a dirty word, and then to turn it into the biggest thing in the cinematic world is absolutely wild. I salute the ambition, I salute the characters that I grew to love in such a short time. It’s not perfect, hardly anything is, but it should definitely be respected for what it has achieved. I’m certainly not a Marvel fangirl at this point, but I’m interested to see where they go next!