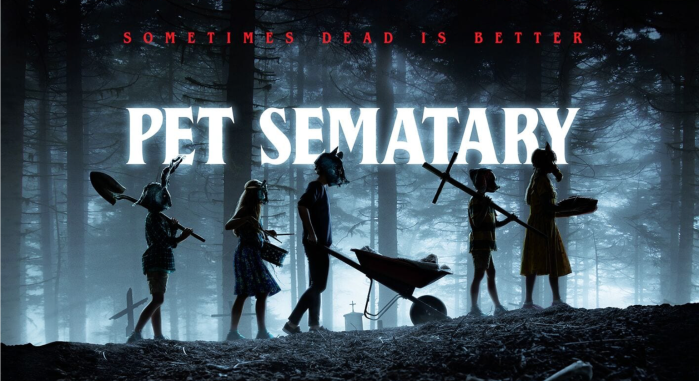 It’s a pretty simple equation really. When someone mentions the words horror literature, you immediately think of Stephen King. The rightly proclaimed ‘king of horror’ has been responsible for some of the very best book to screen adaptations over the years from Carrie to The Shining to It, and he has even crossed genre boundaries for other stone cold classics like The Shawshank Redemption and Stand By Me. Armed with memories of being immensely creeped out when reading the novel some time ago, I was curious to see whether 2019’s Pet Sematary would meet the high standards of those that I have mentioned, or fall foul of the many failed attempts at adaptation that his works have endured over the years like Graveyard Shift, Cell and Thinner.

The film tells the story of Louis Creed (Jason Clarke), a Boston doctor who moves his wife Rachel (Amy Seimetz), young daughter Ellie (Jete Laurence), infant son Gage and family cat Church to the small town of Ludlow, Maine in order to enjoy a quieter, slower paced life. The Creeds soon befriend their elderly next door neighbour Jud Crandall (John Lithgow), but within weeks of settling in, strange events pertaining to a mysterious pet graveyard on their property begin to unfold, wreaking untold havoc and tragedy on the lives of all involved.

I unfortunately have to start by saying this right off the bat, Pet Sematary 2019 is one of the poorest page to screen adaptations I have seen for quite some time, and I’m not sure that the film works that well for virgin viewers either. As with most mammoth Stephen King novels, the challenge is in whittling down a 600 page book in to a palatable, accessible, fluent and effective two hour or less motion picture. For some reasons I understand and others I do not, the filmmakers have chosen to cut corners here with plot changes that serve to make the story a worse one on every level compared to the original source material, it’s a massive disappointment for fans of the novel.

Without wanting to give too much of the plot away, the central themes of the film are those of grief and mourning, and the lengths that that unimaginable pain can send you to. Rather than dwelling in these elements in an interesting, meaningful way, the film manages to strip out all of the novel’s existential misery in favour of campy horror imagery that honestly feels laughable rather than terrifying. I begrudge horror movies that rely only on jump scares to get you nervous, and Pet Sematary is very much in that category despite having such rich, unnerving source material to pull from.

I don’t quite understand how a 100 minute film created from a 600 page book can feel slow paced, but it definitely does. You would think that the narrative would go flying by in order to try to fit as much in as possible, but the movie plods along very much at the pace of a zombified cat. Oh, have I said too much? 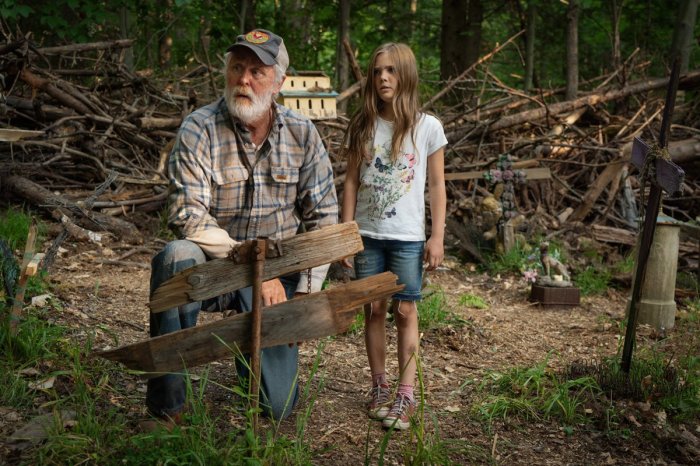 As tends to be the case in middling to bad horror films, everyone in the cast simply ‘does their job’ without anyone ever really standing out as an MVP or shining light. As protagonist and patriarch Louis Creed, Jason Clarke is pretty forgettable. Give or take a few arresting fatherly moments where his personality really comes through, Clarke doesn’t have much to do other than get swept up in the increasing insanity of the plot.

The same goes for both Amy Seimetz as wife Rachel and Jete Laurence as daughter Ellie, both major players in the horror that unfolds but both really failing to rise above the writing in any major ways. I will save some positive words for John Lithgow as neighbour Jud, however. Arguably the most familiar face in the entire cast, there is something stately and ‘movie star-esque’ about Lithgow that is enjoyable to watch, even if his role is severely trimmed down compared to the character in the novel.

Ultimately, the entire cast performance comes down to simply being ‘fine’. In a lot of cases, this state of ‘fineness’ in horror is helped and disguised by exciting or nerve shredding action on screen, but unfortunately the film fails to provide that and therefore leaves its actors out to dry a little.

Overall, Pet Sematary is a big disappointment, definitely for lovers of the book, and most likely for lovers of good horror too. If a moody, sinister intentioned film inspires more wry chuckles from an audience than screams, then something has gone wrong. The general consensus seems to be that this 2019 adaptation is better than the cult favourite 1989 adaptation, but to be honest, I can’t see anyone still talking about this in thirty years time. A cult following is better than no following at all, wouldn’t you agree?