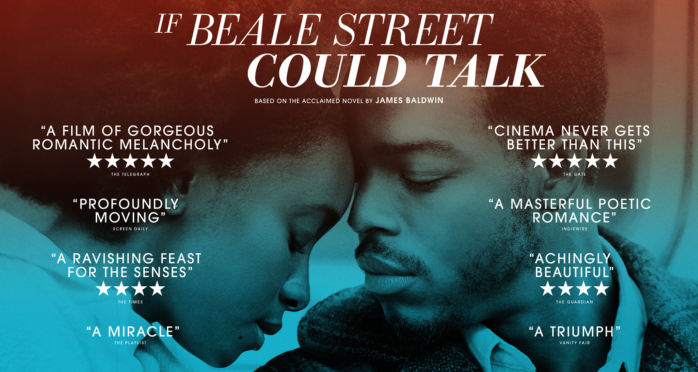 If there is one thing I know about Barry Jenkins, it is that he is a filmmaker with an incredible talent for bringing nuanced, delicate and different portrayals of the black experience to the big and small screen. From the Best Picture Academy Award winning Moonlight to an episode of Netflix’s excellent Dear White People, Jenkins’ genius both behind the camera and in front of the typewriter are clear for all to see. Would his next big project continue in a similar vein?

Based on a novel by James Baldwin, If Beale Street Could Talk tells the story of Fonny (Stephan James) and Tish (KiKi Layne), a young black couple in Harlem who face the societal struggles and injustices of the legal system when Fonny is falsely imprisoned for a rape that he did not commit. Given everything I have said about Jenkins’ talent and the love that I have for his previous work, I’m surprised to say that I didn’t love this.

In terms of the theme, message and human drama, If Beale Street Could Talk is very touching and effective. The narrative weaves between the blossoming romance and early relationship stages between Fonny and Tish and the more sombre, heartbreaking times following his incarceration. At its heart the film is a moving combination of American love story and American tragedy, but boy oh boy, it sure does feel like it is nine hours long. The look and tone of the film is as beautiful and poignant as ever, just like Moonlight, for example, but unlike the 2016 masterpiece, If Beale Street Could Talk feels gratingly indulgent in parts, to the point where I really did feel my patience being tested. For the ‘American love story’ side of the narrative, the relationship and connection  between Fonny and Tish is presented to the audience through countless camera gazes and close ups, but there comes a point when these extended, longing glance shots become almost annoying rather than emotional. This is in stark contrast to the ‘American tragedy’ side, in which the tension, drama and desperation creates the majority of the most gripping sequences in the film. Maybe it’s down to my personal thematic preference for gritty drama over romance, but I couldn’t help counting down the minutes of each ‘lovey dovey’ sequence to get back to the more pressing matter of the character’s present day situations.

There is a glimmer of hope in the opening twenty minutes of the picture, a tense, emotionally charged house gathering scene between the families of the two lovers, an electric confrontation that sparks memories of something like August: Osage County. But critically, the impact and heft of this first killer scene fails to be replicated in the proceeding ninety minutes. It feels to me, at least, like If Beale Street Could Talk peaks way too soon, and the elongated pacing and indulgent story telling choices that follow simply aren’t a style of filmmaking that I enjoy. I’m more than willing to accept that I’m in the minority on this one, the awards nominations and online scores will tell you a different story to mine, but hey ho, different strokes for different folks! 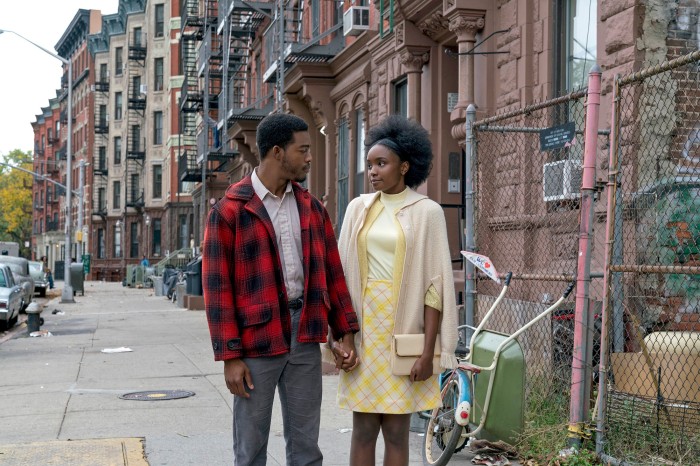 Something that the film certainly does have going for it is its stellar cast of actors. Whether or not you enjoy the stylistic techniques and filmmaking choices, there is no denying that the performers involved are all on top of their game. As Tish, KiKi Layne is effortlessly endearing and engaging. She possesses the ability to say more with her eyes than some actresses can say with their mouths, and that proves to be a vital skill in a film like this that revels in lingering, expressive close ups. Stephan James is an equally endearing screen partner for Layne, his performance as Fonny is one filled with melancholy, presenting a man who is hopelessly, optimistically in love yet hopelessly, pragmatically aware of the ‘second class citizen’ nature of his life as a young black man in 1970s New York. Their chemistry is palpable, and there is a distinctly classical Romeo and Juliet vibe that emanates from their enchanting partnership. Bittersweet is absolutely the word to describe Fonny and Tish, and the entire picture overall to be honest.

Most of the awards buzz for the film has come through Regina King’s potentially Best Supporting Actress winning turn as Tish’s mother, Sharon. King is a sparingly used but effortlessly effective presence within the narrative, portraying a matriarch desperate to save the lives and improve the futures of her pregnant daughter and son in law. King has a couple of moments and sequences in the film that are absolutely stand out, her character gets none of the indulgent treatment that Jenkins uses for the young lovers, and the power of her performance, for me at least, is just another indicator of my dislike for that particular filmmaking choice.

Overall, If Beale Street Could Talk is a film that takes its time, and your enjoyment of it is going to entirely depend on whether you want to commit to the pace of the ride. Though I personally have to admit that I lost my enthusiasm in the run up to the final third, I can’t sit here and say that the film isn’t moving and poetic and melancholy, with plenty to say about some of the more pressing social justice issues of our time. I just wish that it didn’t have such an overriding feeling of slow, excessive indulgence about it.