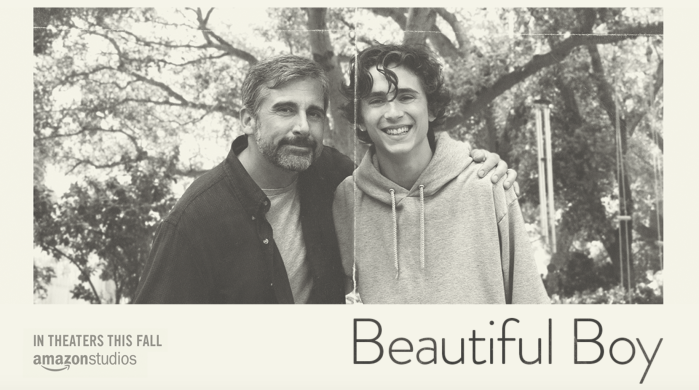 Welcome to part two of the ‘Steve Carell is a serious actor’ double header in 2019. Only a few weeks ago I was slightly bamboozled and perplexed by Welcome To Marwen, the warm up to what I anticipated would be something much more in my personal wheelhouse, Beautiful Boy. Two very different movies with two very different vibes, would Carell’s second offering give me more than the ambitious but ultimately underwhelming first did?

Inspired by memoirs from both men, Beautiful Boy tells the real life story of New York Times writer David Sheff (Steve Carell) and the tumultuous coming of age relationship that he had with his son Nic (Timothée Chalamet). Addicted to hard drugs by his mid to late teens, Nic becomes a presence that flits in and out of David’s life, a pattern that inflicts pain and suffering on both father and son and has massive impacts on both them and their surrounding family and friends.

From The Basketball Diaries to Christiane. F to Trainspotting, the genre of drug addiction and the devastating lifestyles that it facilitates is usually one that captures my imagination and interest in film, but for reasons I’m going to try to put my finger on, Beautiful Boy just doesn’t seem to produce to same kind of success for me. What is most striking is that, although the film hits all of the familiar rock bottom points along the addiction highway, there is a sense that Beautiful Boy feels a little too emotionally muted for its own good.

The overwhelming feeling produced is that of bleakness, and the bleakness in this particular instance doesn’t really make for even allegorically engrossing content. There is no doubting that the filmmakers aren’t aiming for the viewer to have a good time, I’m sure that the repeated nature of rehab, recovery and relapse in the narrative is intended to echo the monotonous tragedy of being close to someone who is suffering from similar addiction, but the fact is that from a cinematic standpoint, it just doesn’t make for a super gripping film.

Being based on the real lives of real people, there are obviously specific circumstances to abide by in Beautiful Boy, but more so than many other addiction related films I have enjoyed in the past, there is one particular element that rests slightly uneasy. Much is made of the ‘wasted potential’ of Nic’s character, a bright, intelligent, promising kid, a real tragedy for his own future and for the future of the family that love and care for him. The heavy-handedness of this angle highlights the implication that drug addiction of this nature is only tragic if the addict loses incredible potential they have displayed beforehand. Something like this should feel like a great human leveller, but there is something in the tone of Beautiful Boy that promotes a feeling of Nic’s case being a particularly special ‘shame’ given his bright talents and seemingly perfect life. Am I being too sensitive? Perhaps? All I know is that I couldn’t shake a feeling of something close to superiority and indulgent self pity that the film seemed to be projecting. 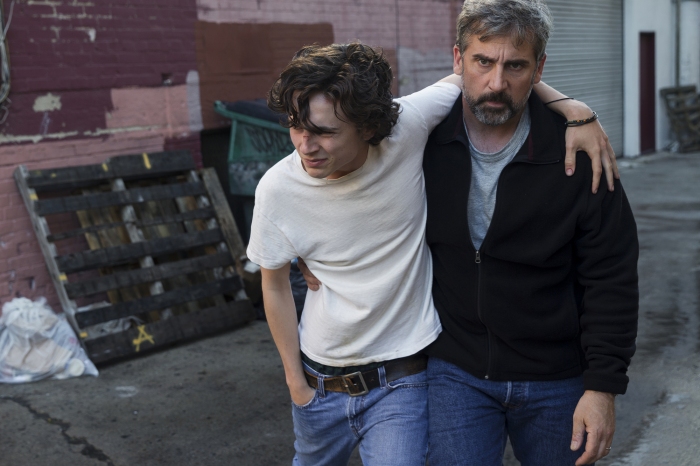 Two very decent central performances help to make Beautiful Boy engrossing and watchable even in its most thematically joyless moments. As Nic, Timothée Chalamet continues to add to his blossoming and impressive filmography with a very earnest and in many ways unapologetic take on a young drug addict. Chalamet’s natural charm helps to spark an instant connection between Nic and the audience, and this is a great touch because we end up feeling almost the same kinds of disappointment and despair as those around him when his decisions starts to get worse and his life starts to go rapidly downhill. It was incredibly important for Chalamet to get the audience to root for Nic despite his self destruction, and he certainly achieved that, for me at least.

As David Sheff, Steve Carell gives probably his best dramatic performance since Foxcatcher. Whether it is because I’m too far past my own teens now, or whether it is simply because he gives the stronger performance of the two, I have to say that I found myself feeling more for David as a bystander of this tragedy than for Nic as he actively unfolded it. There is a silent, numbing, almost calm despair to Carell’s performance, one of the few elements of the film that I found to be above that emotionally muted base line. Together, the two actors have a believable chemistry as a strained but ultimately loving father and son, although I do feel that the film missed an opportunity to go even deeper in to their connection. It was moving for the most part, but still somehow felt quite ‘surface’.

Overall, Beautiful Boy is a coming of age/addiction drama that, although boasting a set of good performances, never really manages to get going in the way that one hopes it would. It’s nice to see a father/son relationship in this genre that doesn’t involve abandonment, abuse or active facilitation of the problem, but on the whole I have to say that I wasn’t blown away. Solid but not sensational, and with a few personal opinion flaws thrown in to the mix, that about sums it up.