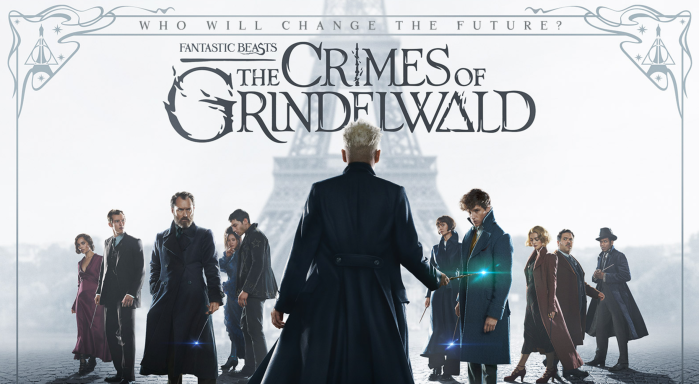 If I remember correctly, 2016’s Fantastic Beasts And Where To Find Them did enough for me to exclaim that I was excited for the next instalment, but as 2018 ticked over and the release got nearer and nearer, I found that I wasn’t feeling the hype for The Crimes Of Grindelwald like someone with a Harry Potter might be expected to. Don’t get me wrong though, this fictional universe has me for life, so for better or for worse, in I went!

Following on from the action of the opening Fantastic Beasts episode, The Crimes Of Grindelwald picks back up with Newt Scamander (Eddie Redmayne) and co. amidst the looming backdrop of dark wizard Gellert Grindelwald’s (Johnny Depp) escape from custody. Characters converge as Grindelwald continues to seek out and entice the Obscurial Credence Barebone (Ezra Miller), who himself is on a mission to discover his true identity. If that brief summation feels busy, that’s because it is. I hate to say it but this film is one hell of a mess.

On the surface of it, it feels as though The Crimes Of Grindelwald should have more than enough to keep any Wizarding World fan happy, young Dumbledore (Jude Law) and a trip back to Hogwarts being chief among them, but there is so much going on that quite honestly it is hard to keep up. And that’s coming from a 28 year old, I have no idea how a 10 year old fan would be able to stay on track. From the complicated thread of Credence’s origins to Newt’s drawn out mission to reunite with Tina (Katherine Waterston) to lots of background on both Newt’s relationship with Leta Lestrange (Zoe Kravitz) and Dumbledore’s relationship with Grindelwald, there isn’t much time left to enjoy watching after trying to figure out where everyone stands and what everyone is doing.

With the knowledge that this is the second of what is set to be a five film series, it might be fair to say that The Crimes Of Grindelwald is being sacrificed as something of an exposition dump and set up for the next three. In hindsight it might prove to be valuable in the larger narrative picture, but as a stand alone it really feels like a slog to get through. Being set in a universe that I love, there are of course elements and sequences that are enjoyable to watch, but as a complete motion picture it just doesn’t feel anywhere near as good as I wanted it to. Here’s the thing, maybe I just don’t find Grindelwald in this incarnation to be a particularly arresting villain. I’m not saying that every Harry Potter universe antagonist has to be Voldemort, but the fact remains that I think I had a stronger reaction to someone like Professor Umbridge than I currently have towards Grindelwald, and with the fact that he kills an animal and a literal toddler in the first few minutes of the film, I can’t help but think that the filmmakers are doing their best to try to make him as hated as possible in an unnecessarily cheap way. I hate to say it, but ultimately there is something kind of Star Wars prequel feeling about the entire affair. 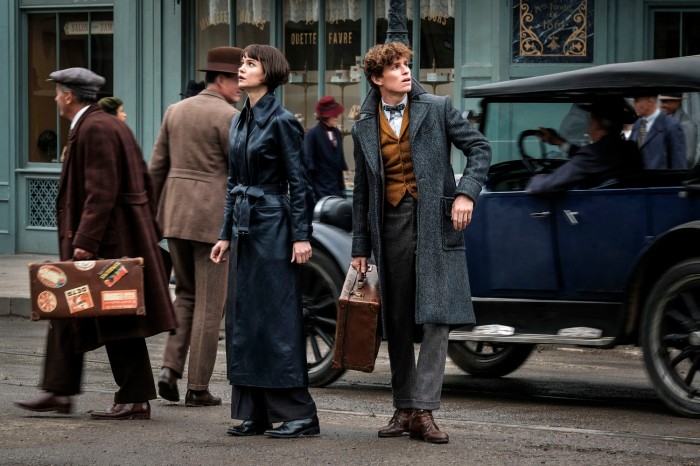 One thing that I will give the film credit for (not the most part) is its stellar cast. Eddie Redmayne continues to be as loveable, awkward and all round Hufflepuff as ever as Newt Scamander. The leading man is a truly endearing presence and I just love watching him interact with both his magical creatures and his human peers, in varying degrees of casualness and comfort! Alongside him once again are Katherine Waterston, Dan Fogler and Alison Sudol who make up the original New York quarter of the first film. All do a great job, Sudol in particular whose path proves to be one of the more interesting in the film this time around.

Ezra Miller once again showcases his strong, beguiling energy as Credence, although I will say he doesn’t get as much of an on screen chance to spread his wings as much as the premise might suggest. Miller is a magnetic performer, and he really suits the character of Credence, a troubled figure with a sense of intense entrapment, ready to blow at anytime. As the titular Grindelwald, Johnny Depp just does what Johnny Depp does these days, there is absolutely nothing wrong with performance, but I have to admit that I am at a stage with him where I find myself seeing the actor more than the character. For a film called The Crimes Of Grindelwald, there really does feel like a lack of focus on him, it almost feels like there is half of Depp’s work resting somewhere on an editing room floor.

In my opinion, the two stand out stars of this second instalment are Zoe Kravitz as Leta LeStrange and Jude Law and young Dumbledore. You can tell that Law hasn’t gone in to this lightly with a sense of abandon, just settling for putting his own spin on things. From his accent to his cadence to even the way that he hold himself, a direct line can be made to the Dumbledore that we all know and love so well, it certainly satisfied my nostalgia side. As LeStrange, Kravitz manages to be the most captivating performer in an ensemble full of stars. Leta’s character adds some depth and dissension to a name that up to this point in the Harry Potter universe has been synonymous with pure evil. The chemistry that Kravitz shares with Redmayne’s Newt provides some of the best scenes and back story of the entire film.

Overall, Fantastic Beasts: The Crimes Of Grindelwald might feature some individual stand out performances and carry a high quality cast seal, but on this occasion I have to say that it isn’t quite enough. Do I feel like I just spent two completely wasted hours? No. Did completely follow everything that was going on? Not in the moment, the whole thing is just a bit too much. Did I like it enough to want to watch again and iron out the creases? Probably not. I’m sorry to confess that this is the first Harry Potter related cinematic experience that has left me more on the side of cold than hot.

4 thoughts on “Fantastic Beasts: The Crimes Of Grindelwald (2018)”