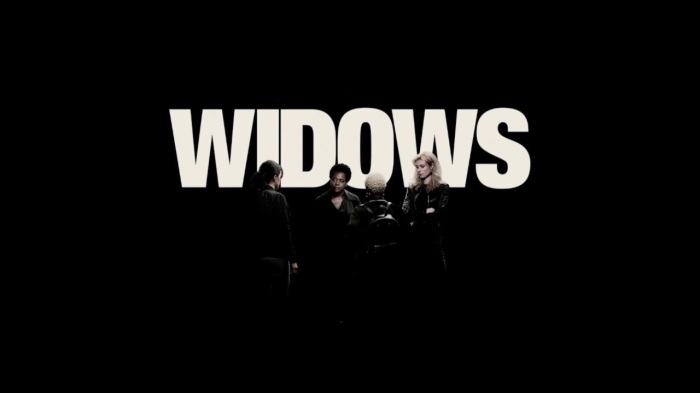 Let’s get one thing straight, whenever names like Steve McQueen and Viola Davis are involved in a project, you can be sure as hell that I’m going to be there on opening day. Still soaring high from her 2016 Best Supporting Actress Oscar win for Fences, Davis is one of cinema’s most respected and sought after performers right now, and with Hunger, Shame and 12 Years A Slave under his belt, it’s hard to find a director with such an impressive looking first three feature films to their name as McQueen has. You can see why this particular collaboration had been on my radar for some time!

Based on a 1983 BBC limited series, Widows tells the story of three women who lose their husbands after a botched attempted robbery, only to find themselves being pursued by the criminal elements who are seeking recompense and revenge for their partners’ failures. Veronica Rawlins (Viola Davis) takes charge of the situation and, in a far grittier and higher stakes Ocean’s 8 fashion, enlists fellow widows Linda Perelli (Michelle Rodriguez) and Alice Gunner (Elizabeth Debicki) to execute the final job planned out in her late husband’s (played by Liam Neeson) note book.

The first thing to say is that Widows is a great film, a twisty, turny, gritty thriller that puts its female characters in centre stage, uncharacteristic and refreshing for the genre. What I will say, though, is that I feel it functions much more effectively and interestingly as a study of grief, mourning and social struggle than as a pure heist flick. The film touches on racism and interracial marriage, misogyny, political corruption, gang affiliation, family secrets, police brutality, and within all of this really intriguing and well weaved theming, something of the essential job planning and execution gets a little lost. If you are someone like me, who gets much more enjoyment out of character development and immersive dialogue than the big bangs and flashes and slick tricks of the central caper, you will find a lot to love in Widows.

At its heart it is quite a pulpy and over the top story, but the execution both in front of and behind the camera elevates the film to something much more than the surface of the sensational narrative. There is something very timely feeling about it, these unassuming women thrown in to a dangerous situation, forced to go above and beyond in order to survive because of fundamental mistakes that the men in their lives have made. Though certain plot motives and pathways might be different, a comparison can be made to something like 1996’s Set It Off, another fantastic female centric film about a heist/robbery situation, and another film that celebrates the magic of female strength in a traditionally male dominated genre and thematic environment.

Ultimately, Widows is a film that tries to do a hell of a lot with the little time that cinematic restraints imposes upon it, and though I can’t say that it nails every single aspect perfectly, it excels in its character studies and provides a visceral and gripping genre experience that hits all of the right beats with a fresh and invigorating female perspective. 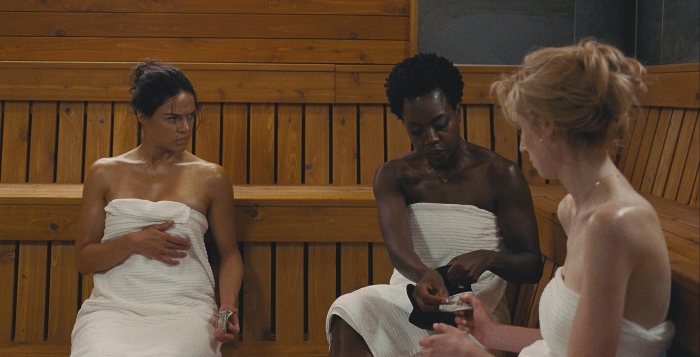 One of the film’s strongest elements is undoubtedly its stellar ensemble cast. Viola Davis is towering as Veronica Rawlins, the self appointed leader of the impromptu crew, but at this point, one expects nothing less of the seasoned Oscar winner! She is no stranger to this kind of popcorn sensationalism thanks to her presence in How To Get Away With Murder, and she has a natural ability to bring gravitas and weight to everything she does.

Alongside Davis are Michelle Rodriguez and Elizabeth Debicki as fellow widow accomplices, with the addition of Cynthia Erivo as Belle, a local babysitter who joins the crew as a getaway driver. These three women are all badass and enjoyable to watch in different ways, no experts or special talents to rely on like a more professional heist quartet, but simply using their nouse and determination to get the job done. It’s really cool to watch, and their chemistry together, sometimes guarded, sometimes sisterly, always resolute is the beating heart of the film.

When you’ve got people like Robert Duvall, Carrie Coon and Jacki Weaver, Daniel Kaluuya and Colin Farrell making up your secondary cast, you know you’ve got a good thing going on. I think it’s safe to say that you won’t see a greater depth of quality in another ensemble piece all year. The film drips with talent in every single frame, so much so that I can even forgive the inclusion of Liam Neeson, who, I’m sorry, I just don’t think is a good performer.

Overall, Widows is a treat of a thriller that provides a much more rewarding, quality experience than it’s sensationalist premise might suggest. The quality of the film making and the on screen performing is undisputed, but those who usually come to this kind of genre for the slick details and stylish execution of heist and robbery might be left a ted wanting. Those, however, who prefer a deeper dive in to characters and varied themes will, as I did, eat it up.