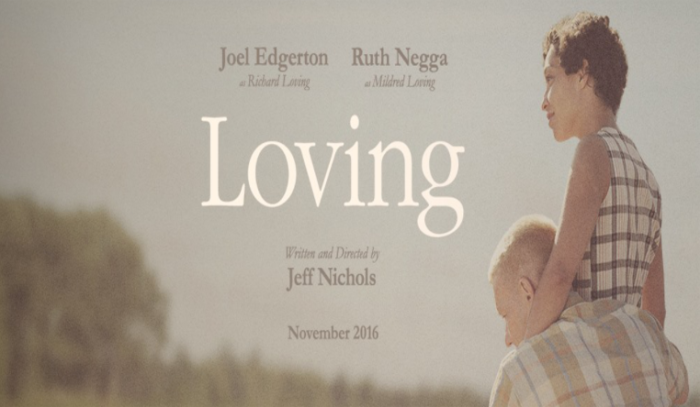 Welcome to February, or as I like to call it, scampering around trying to see all of the Oscar nominated movies before the ceremony-ary. Next on the list comes Loving, a Jeff Nichols film that, to be honest, didn’t grab me as one to watch during its publicity run, but nevertheless one that I dutifully ventured to see on the account of Ruth Negga’s Academy Awards nod for Best Actress in a Leading Role.

Loving tells the true story of Richard and Mildred Loving (Joel Edgerton and Ruth Negga), an interracial couple in 1950s Virginia who elope to Washington D.C. to get married, only to be arrested in their hometown of Caroline County where such a union was illegal at the time. Charged and ordered to leave the state for a period of 25 years, the film’s narrative focuses both on the life that the Loving’s make for themselves, moving from place to place and bringing up three children, and on the build up to a Supreme Court fight in their name which eventually led to a changing of the US constitution with regards to interracial marriage across many states. For a film about such a momentous ruling in social history along with the seething injustice of the original judgment, it’s somewhat surprising that Loving never really hits the emotional or dramatic heights that one would hope to experience.

The filmmakers have clearly gone for a more understated, personal approach to Loving, as it shares a markedly different tone and pacing to similar social justice movies. There is never a crescendo “YOU CAN’T HANDLE THE TRUTH” type moment, and though the more placid telling of the story may be faithful to the slow nature of the real life progress, in terms of entertaining cinema, the picture somewhat lacks the spark that it needs to really get going. Critiquing a film such as this is always a peculiar task, as the subject matter is so important that one almost feels bad for having even a slightly negative view of the overall picture, but I do believe that it’s possible to have utter reverence for a topic whilst acknowledging that the finished cinematic product isn’t quite up to scratch (see The Birth Of A Nation for a similar recent example). The bottom line is that, despite a couple of really endearing central performances from the film’s leads and an undeniably inspiring story, the narrative building blocks of Loving are not quite strong enough to create one of the better examples in the genre. 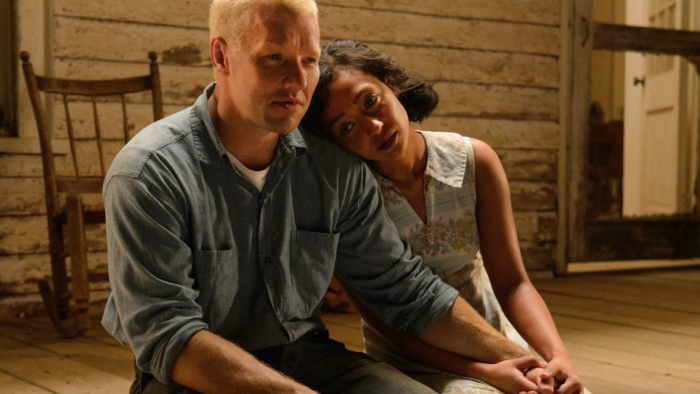 As for the endearing central performances mentioned above, Joel Edgerton and Ruth Negga really do both give great turns as Richard and Mildred Loving. As Richard, Edgerton embodies the spirit of a simple man who is quiet, dedicated and hopelessly in love with his wife despite the seemingly never ending obstacles that their relationship invites. The audience believes Edgerton in his tireless actions and efforts to keep his family safe and together, and though a relatively simple man, we get to see enough layers in the character to make him complex and authentic. Oscar nominated for Best Actress, Ruth Negga as Mildred delivers a remarkably stoic and quietly powerful performance. As the black half of the interracial partnership, Negga is required to portray a much more interesting and multifaceted character than her co-star, toying with the extra weight of prejudice that has labelled her the ‘unholy’ part of their union. Together, the two share an absolutely believable and earnest chemistry that forms a charming connection and carries the weight of the film when it perhaps isn’t providing much else. Having now seen four of the five nominated performances in the Best Actress category, my vote still goes to Natalie Portman in Jackie. I await Isabelle Huppert in Elle to complete my viewing for the year.

Overall, Loving is a film with strong intentions that ultimately plays its hand a little too subtly to make the kind of impression that it really wants to. The film is carried by a pair of effective, endearing central performances, but as a whole there is a certain spark missing that a story of this historical magnitude fully deserved. By no means a bad film, but not an excellent one either. A firm 6 out of 10 elevated to a 7 thanks to Joel Edgerton and Ruth Negga.