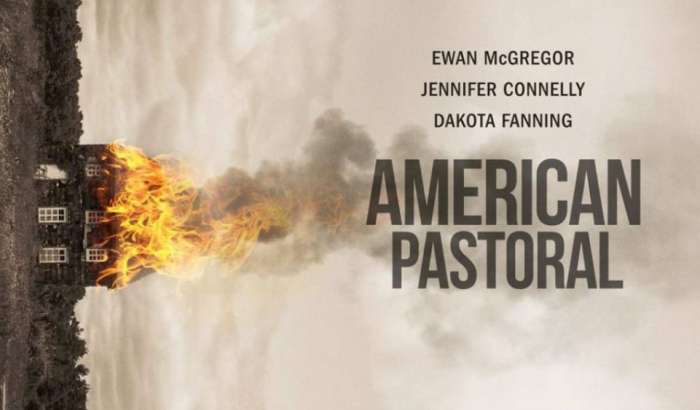 By all accounts, the journey to adapt Philip Roth’s 1997 novel American Pastoral to the big screen has been a long and arduous one. With development starting way back in 2003, the rights for the film had been switched from studio to studio without ever really getting off the ground, that is, until Paramount Pictures picked it up in 2012. Ewan McGregor was one of the first stars cast in the film, and he furthered his involvement with almost no time to go until filming when he stepped in to make his directorial debut after Phillip Noyce parted ways with the project. After a 13 year wait, would American Pastoral live up to the reputation of the Pulitzer Prize winning novel?

The film tells the story of a man named Seymour ‘Swede’ Levov (McGregor), a high school sports star, seemingly with the world at his feet, whose adult and family life begins to fall apart when his teenage daughter Merry (Dakota Fanning) becomes politically radicalised in the backdrop of the 1970s America and commits an act of domestic terrorism (don’t worry, that’s not a spoiler, it was even included in the trailer). Along with the motivation of things like the Vietnam War and ongoing civil rights injustices, Merry’s troubles can also be perceived as stemming from the pressure to live up to the perfection that her father, a successful business man and mother, a former beauty queen (played by Jennifer Connelly), project to the outside world. Suffering with a stutter from an early age, the audience sees her grow from a happy child into what we think is a surly teen, but very quickly we learn to understand that this is something much, much more. Though the narrative plays out in fairly standard, family melodrama type way, the film always feels like it is reaching for something that it is not quite able to attain. The themes within Roth’s original novel are so dense, so varied and so challenging that, frankly, the adaptation simply doesn’t have enough time to develop them beyond anything other than surface level.

The film moves at a brisk pace, going from one important family life moment to the next, without ever really allowing time for the implications of each scene to breath and settle with the audience. The dramatic magnitude of Merry’s actions, along with the effect of separate significant subplots involving both Seymour and his wife Dawn, are evident to see, but for one reason or another, the emotion of the events never quite hits home in the intended way. With only single scenes to portray things like mental breakdowns, marriages falling apart, fateful changes in mind set and emotion filled reunions, one cannot escape from the feeling that whilst Roth had pages and pages to develop characters and form attachments for the reader, Ewan McGregor in his directorial debut struggled with trying to fit in and authentically sew all of the important and intricate details together, sometimes even resorting to tired techniques like fade to black to swiftly move from one set piece to another. Though the story has the all of the makings of a gripping and memorable motion picture, there is just something about the failure to get beyond the surface level of the drama that leaves American Pastoral feeling a little too hollow. 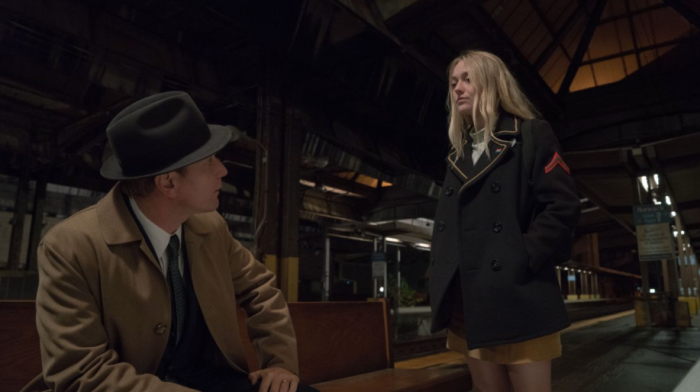 Though I wasn’t overly impressed by his fledgling directorial skills, Ewan McGregor does a solid job of portraying ‘Swede’ Levov, a man who clearly was once someone to be idolised but now finds himself in circumstances he never once imagined. Though his performance never crosses over in to the ‘great’ category, it never falls below ‘good’, and of course, McGregor has that undeniable touch of star quality in his on screen presence that never hurts his cause. As Merry, 22 year old Dakota Fanning shows us that she can still play a 16 year old along with the best of them, and though interestingly her character is more talked about than shown, the scenes that she does share with McGregor are some of the most striking and most memorable in the entire picture. I fear that Fanning wasn’t able to play the character with quite as much depth as the novel depicts, but again, she sits very much in the comfortable ‘good’ range throughout. Jennifer Connelly as Dawn Levov, however, has the least screen time of the three family members but succeeds in giving what I would regard as the best and most powerful performance. She plays the role as very much an outsider from the offset, a Catholic girl fighting to become part of a Jewish family, a desperate mother fighting to stop the tide of anger her teen daughter throws at her and then, most poignantly, a woman entering the twilight of middle age who unlike her husband is trying to forget and move on from her past. Perhaps Connelly’s efforts will be forgotten as a result of the film’s widespread unfavourable press, but I would be remiss not to single her out for what I believe to be one of the most solid supporting performances this year.

Overall, American Pastoral is a film that promises a lot with it’s interesting premise, but sadly delivers nothing more than a surface level representation of a much richer, more engaging original novel. The themes of the picture scream for depth and character development that the filmmakers never provide, and you are left with the weird sensation of having watched something that should have been profoundly moving, but in fact has left you disappointingly unstirred.