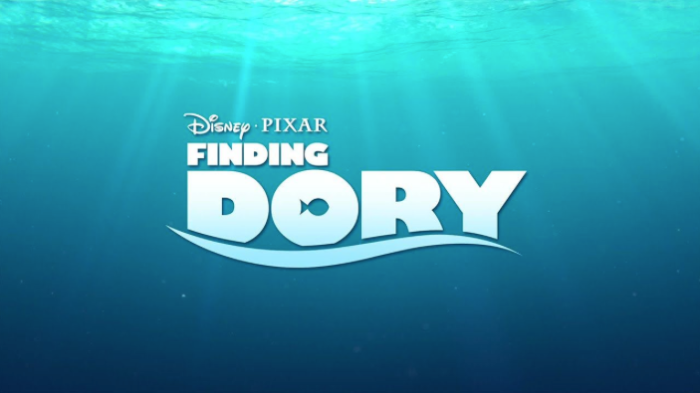 I’m just going to begin by putting it out there. 2003’s Finding Nemo is probably my favourite Pixar movie of all time (with Wall-E a very, very close second). Funnily enough, for a film that has such close ties to my all time studio favourite, I came to Finding Dory with very little anticipation, perhaps because I am still in the midst of an ever-growing Ghostbusters obsession, or perhaps because I didn’t want to heap unfair expectation on the sequel by building it up in my mind. Either way, in I went to sit in virtually the exact same seats of the exact same cinema that I did thirteen years ago. Better, simpler times!

Guys, I didn’t really like it. I had a sneaking suspicion that I wasn’t going to enjoy Finding Dory because it would fail to live up to Finding Nemo, but what I didn’t expect was to not enjoy it because it, and this pains me to say, is simply kind of a bad movie. With Nemo’s tale done and dusted in 2003, 2016 was the turn of Dory and her quest to find and reconnect with her parents, battling against her short term memory loss and assisted not only by some of our old favourites but a whole host of new characters, some of which are fun, some of which are not. The positives of the movie are in the interesting choice to move away from the open ocean and set the bulk of the story in the confinement of a Marine Life Institute, this allows Dory and co. to interact with humanity in a way that was only confined to the dentist’s office previously, and it ensures that the narrative doesn’t rely on too many tropes and set pieces from the original to tell a story. A further positive, as is a given with Pixar, as that the animation is as vivid and vibrant as ever, with the texture of the different kinds of water in particular from ocean to sewer to aquarium tank really helping to give texture and depth to the aesthetic.

Where the film falls down, for me, at least, is in its failure to present the story with as delicate and elegant a hand as one has become used to from Pixar. Remember the heartbreaking poignancy of the first minutes in Up? There is very little of that in Finding Dory, with the flashback scenes detailing her disability and separation from her parents in a much more heavy handed, manipulative way. The rhythm of the film feels very transparent and inorganic, with older viewers being able to notice the flow of ‘happy scene, sad scene, happy scene, sad scene’ as the narrative progresses. One could argue a swing and a miss on both ends of the spectrum, with the usual universally clever and subtly mature humour being sidelined in favour of some really wacky, over the top set pieces that feel completely unlike Pixar. The final third of the film in particular culminates in such a crazy series of events that it feels more suited to the Madagascar series, which in itself it not necessarily a bad thing but when it comes to Pixar, the bar has been self-set so high that this silly tone just doesn’t cut it.

In terms of cast and voice performances, there really isn’t much to say. Ellen DeGeneres provides Dory with the dulcet tones that we grew to love all those years ago, along with very sweet and character building baby and teen voice performances given by Sloane Murray and Lucia Geddes respectively. Supporting characters are brought to life by a star cameo cast including Albert Brooks, Ed O’Neill, Diane Keaton, Eugene Levy, Kaitlin Olsen, Idris Elba and Dominic West, and while the voices are fine, some of the character representations felt incredibly misjudged given the overall message of the movie.

For a film whose main character is striving to overcome her disability, the characters of Gerald the sea lion and Becky the bird, both of whom can be described as having mental disabilities of their own (crazy, loony, call it what you want), are used primarily as quirky figures at which to poke fun. Admittedly, Becky gets her chance to shine, but these two characters in particular feel very at odds with the message of acceptance and understanding in the narrative, and whilst they brought slapstick joy to many around me, I couldn’t help but feel a little conflicted.

Overall, Finding Dory is an addition to the Pixar catalogue that I will not be returning to again and again in the future. Let me be clear, a bad Pixar movie should still be considered in the upper echelons of modern animation compared to the genuine dross that some children’s films turn out to be, but when you have such a rich array of superior Pixar films to choose from, this sequel will not be high on the list. I certainly would not go anywhere near as far as saying that Finding Dory puts a dent in the reputation of the ‘Nemo’ franchise, but equally it feels very much like a film that never really needed to be made.