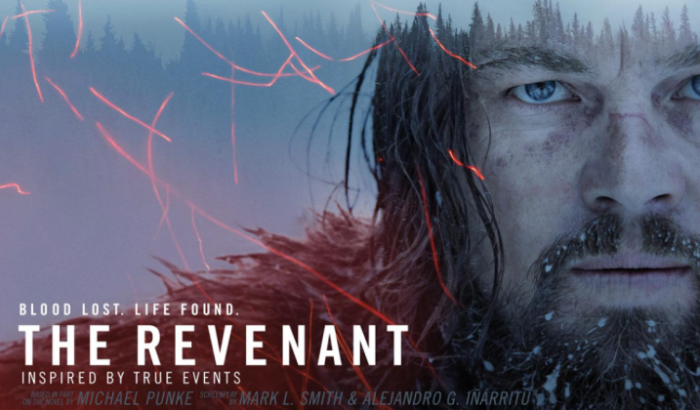 Along with all of the usual tropes that accompany awards season, a new, endlessly fun campaign has arisen in the last few years, the dedicated campaign from fans to see Leonardo DiCaprio finally be given the Oscar that they believe he has deserved and been overlooked for multiple times. This year, Leo’s shot at Academy Award glory comes in the form of The Revenant, and everything I had heard beforehand about the film lead me to believe that this could just be the one to do it.

The Revenant tells the semi-factual story of Hugh Glass (played by DiCaprio), a fur trapper in 1820s frontier America who is left behind by his group of men to die in the harsh landscape after being viciously and near fatally mauled by a grizzly bear. Surviving the attack and gaining sufficient strength against the odds, the film’s narrative centres around Glass’s long, hard solo journey back to the American settlement, where he vows to seek vengeance on the ringleader who betrayed him and left him to die against orders, John Fitzgerald (Tom Hardy). Though we have seen many different types of survival, endurance pictures in the past from Cast Away to 127 Hours to Lone Survivor, I can quite confidently state that The Revenant ranks among the very best in terms of character empathy and sheer emotional exhaustion from witnessing the events unfold on screen. This film is certainly not for those of a delicate disposition, as amidst the undeniably beautiful cinematography and breathtaking visual landscapes, what the audience are given is two and a half hours of pure, gut wrenching survival, all undertaken by an individual who has suffered almost unimaginably graphic violence at the hands of mother nature and her animal creatures. The pace is, at times, rather slow, and the film is certainly something of a slog, but it was a slog that I was happy to be sitting through as with every new stage of the plot, your empathy and attachment to the protagonist grows and grows in anticipation of a triumphant and deserved outcome. The film is as much a metaphorical representation of the resilience of mankind as it is a drama about a man who gets mauled by a bear, as this singular event is just he catalyst that propels the filmmakers in to a much broader discussion about the strength of the human soul, the power of a grudge and just how determined a person can be when on a mission. As for its portrayal of the time period, the audience are left in no doubt whatsoever that frontier America was an absolutely terrible and unforgiving place to be, hostile, wild and rife with danger in both a natural and a human capacity. Of course, the real story of Hugh Glass and his bear attack, though an utter marvel to begin with, has been modified and sexed up for the purpose of satisfying cinematic story telling, and although I prefer my true tales to be wholly that, I can appreciate that this kind of story needed tweaking for the benefit of pleasing narrative. Ultimately, The Revenant is a gripping, enthralling, exhausting, horrifying yet strangely beautiful picture that combines the glorious landscapes and nature of 1820s Louisiana with some of the most terrible torment that a person could ever dream of facing. A man fighting for his life in the very same environment that he ventured to conquer. If that’s not a metaphor for the American dream, then I don’t know what is. 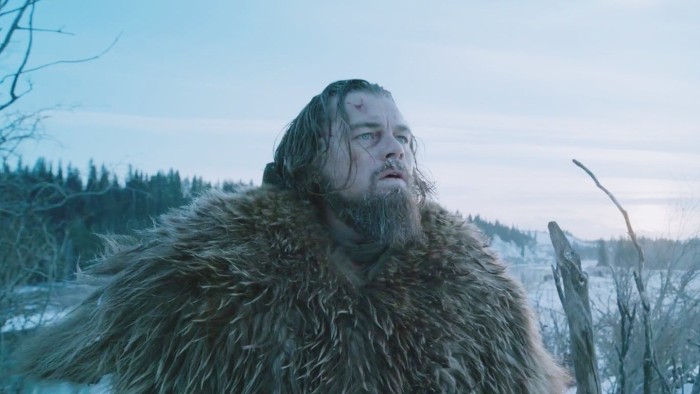 As far as the aforementioned Oscar glory campaign for Leonardo DiCaprio, the bottom line is this, if he doesn’t win the Academy Award for The Revenant, then he never will. It’s not an understatement to say that the film lives and breathes through DiCaprio’s performance, most of which is done without dialogue and purely through the practice of physical acting. I believed every single broken bone and open wound that Hugh Glass carried, and that is thanks to the committed, utterly devoted way that DiCaprio embodies the character and takes on all of the pain and suffering and projects in such a way that the audience not only feels for him emotionally, but they can also, at certain times, feel the pain themselves. Just what DiCaprio must have had to put himself through to achieve this performance is beyond comprehension, from floating in freezing waters to sleeping in animal carcasses. The Academy love a physical test, and surely this time, Leo has done enough to be let in to the coveted club. Tom Hardy as key antagonist John Fitzgerald is played a little too broad and stereotypically ‘evil’ than I would have liked, but in terms of villainy and treachery, Hardy puts in the work and creates a character that, although not particularly nuanced, hits all the right marks with regards to giving the audience a figure to despise and rout against whilst making their affection for Hugh Glass grow even stronger. Further supporting roles are provided by the likes of Will Poulter and Domhnall Gleeson, both of whom give solid performances that help to add texture to the world that is created on screen, one that is almost unimaginable but at the same time so enticing to watch.

Overall, The Revenant is a gripping tale of unbelievable survival that, beneath all of the diverse scenery from desert to swamp to snow, is at its heart a pure revenge Western. Unless you are some sort of masochist, it won’t be a picture that you return to again and again, but it is certainly one that you will never forget after even a single viewing. It has swept the Oscar nominations and I would imagine it will win a hefty percentage of its categories. Could this be the crowning moment of lovely Leo’s career? I believe it might just be.