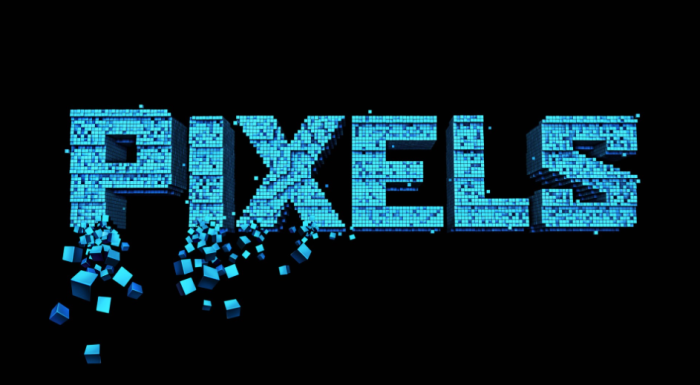 Here’s the thing. I, like many other sane film lovers, gave up on Adam Sandler a long, long time ago. When I really think about it, the last Adam Sandler film that I went to see at the cinema, or even saw at all, was 2002’s Mr. Deeds (and that was more for Winona Ryder than for him). Over the last ten years, the man who was once the highest paid star in Hollywood has bounced from comic disaster to comic disaster with seemingly no awareness of the stinkers he puts before us, with 2011’s Jack And Jill sending even the most die hard of Sandler fans over the edge of a cliff. However, with the more fond memories of films like Happy Gilmore, Punch Drunk Love and even The Wedding Singer, I took a deep breath and entered the theatre to reacquaint myself with Mr. Deeds himself, where exactly would Pixels enter in the treacherous hierarchy of his back catalogue?

The answer is low, very, very low. I’ll start by saying that Pixels is not as bad as Adam Sandler’s very worst cinematic offerings, but to say that the film is anything more than laughably terrible would be lying. Sandler stars as Sam Brenner, a former video-gaming child prodigy in the 1980s who now lives a lowly existence as a divorced tech handyman whose best friend just happens to be the President of the United States (Kevin James). Together with the help of fellow former child gamers Eddie Plant (Peter Dinklage) and Ludlow Lamonsoff (Josh Gad), the group are suddenly called in to life defining action when an alien race, reacting to a visual time capsule sent in the 1982, begin to send down to earth a series of brought to life video games such as Centipede, Galaga and, of course, Pac-Man. Nostalgia and retro are trendy now, right? So you’d think that a pinch of enjoyment might be found in this premise, right? Wrong, Wreck-It-Ralph this certainly ain’t. Pixels has no charm, no character engagement, and most fatally, very little humour. I can’t deny that a wry smile came across my face a few times, but this was all due to one character and performance that will be mentioned later. In all honesty, the film feels like a sloppy high school project that for unknown reasons was given a gargantuan Hollywood budget, full of whizzes, bangs and pops but without any of the quality that any kind of good picture needs. The filmmakers were obviously going for a Ghostbusters-esque vibe, even daring to produce their own type of alien fighting jumpsuits, but to utter the two films in the same sentence should be a crime punishable by death. Continuing with the theme of a high school production, add to the mix plenty of wish fulfilment for Sandler’s protagonist, who has a love interest (played by Michelle Monaghan) so far out of his league that she can probably be found floating around in outer space with Gravity’s George Clooney. Ultimately, I’m finding it hard to even criticise the film to any great degree because, as most meaningless content does, most of it had already left my head before I had walked out of the cinema. 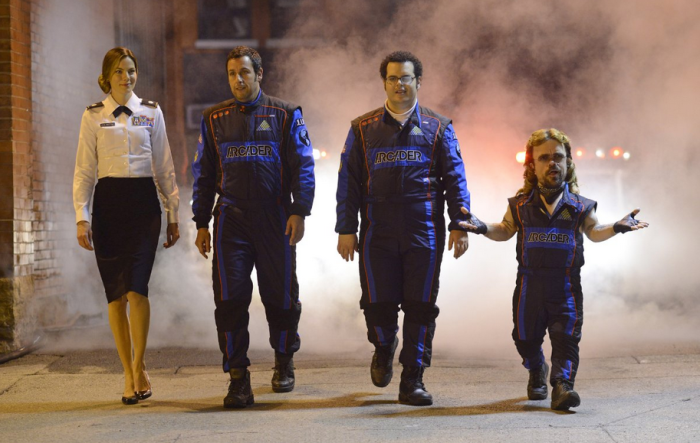 When it comes to the cast and their performances, the fact of the matter is that almost nobody in the film was given any kind of material with which they could really impress. Adam Sandler gives the same performance that he has given for the last fifteen years, that of the underdog type guy next door who can crack a joke or two and make everything alright in the end, except for the fact that he never, ever, makes it alright for the audience. Kevin James as an unlikely President is more or less tasked with the roll of the straight man, which in the unfortunate grand scheme of things turns out to be just as ‘funny’ as everything else. Peter Dinklage as Eddie Plant, a gamer turned convict, breathes a little bit of life in to the proceedings but over bakes the cake by about 300%, resulting in the character being more annoying than entertaining. The one brief ray of the light that the film has to offer is Josh Gad as the conspiracy fearing, socially inept Ludlow Lamonsoff, whose lines are certainly the funniest and whose performance is certainly the most enjoyable. In a storm of messy comedy and inconsequential narrative, Gad shines like a new quarter in a purse full of rusty dimes. Literally everything that I liked about the picture was down to him, and he deserved a much better film and much better cast mates to play with.

Overall, Pixels is a not funny enough comedy that, whilst giving audiences a few moments of visual fun, leaves even the most easy to please shaking their heads and contemplating a refund. The most cynical of audience members will take some pleasure in the degree of similarity between Sandler’s on screen character and his real life persona, once celebrated and admired in his field but since fallen into obscurity. However, unlike Sam Brenner who is allowed to indulge in a cliched and formulaic heroic return to grace, the reality of Pixels provides no such joy for its creator. Stay away children, stay well away.