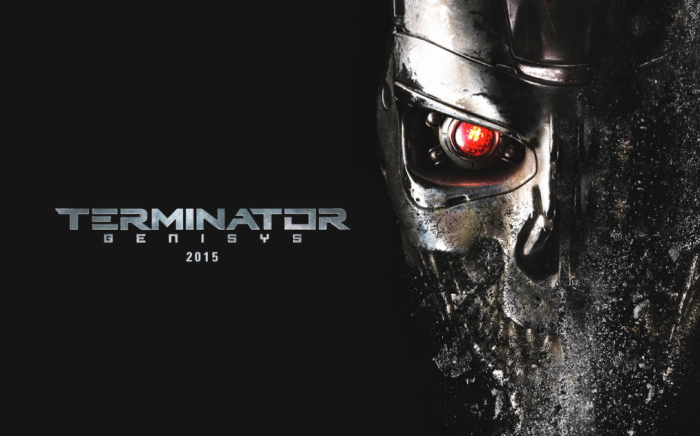 My relationship with the Terminator franchise is what I suppose you would describe as the ‘standard cinematic view’, meaning, of course, that whilst The Terminator and Terminator 2: Judgment Day rank among some of my favourite sci-fi/action films of all time, the less said about the two more recent sequels the better. Now, skip to a few years later and with Mr. Schwarzenegger’s return to Hollywood after the conclusion of his political career, it was only a matter of time before his most iconic character and film franchise was resurrected once again. The question was, would Terminator Genisys follow in the successful suit of it’s first two predecessors, or the shambolic suit of it’s second two?

Overall, one would have to surmise that the picture falls very firmly in the middle of the two extremes. Grand in scale and ambition, Genisys attempts to weave in and out of the time travelling narrative that has been established in the franchise’s previous instalments, broadly covering the period in which Kyle Reese (Jai Courtney) is sent back in time with strict orders to protect the life of Sarah Connor (Emilia Clarke), future mother of John Connor (Jason Clarke), the fated saviour of the human race against the machine regime of Skynet. So far, so familiar, right? Wrong. What Genisys brings to the series is an entirely new time line and narrative that assumes Sarah Connor never was the meek and frightened version we experienced in the 1984 original, but instead always the battle ready, badass heroine that was so iconically portrayed by Linda Hamilton in 1991’s Judgment Day. How exactly all of this came to pass will not be discussed for fear of spoilers, and also, if I am being completely honest, because of the fact that some sections of the plot were so confusing that I myself am not entirely sure of certain motivations and reasons. Perhaps my lack of understanding of sci-fi convention and the muddiness of the narrative are to blame, but the main feeling upon leaving the cinema was that Terminator Genisys was a fun, nostalgic romp that at its best was pure unadulterated action and at its worst was a bemusing, confusing mess. A lot of fan service is paid to the better of the two previous film instalments, and there is something utterly joyous about seeing Arnold Schwarzenegger, even at 67 years old, kicking cinematic ass the way he was born to do. Like hundreds of average genre films before it, Genisys boasts a number of brilliant individual set pieces, but for somebody who needs a little more than that, the film never really gets the juices flowing. Though the film certainly attempts to evoke such emotions and quality, you feel neither the impending dread and doom of the original nor the unconventional charm and timeless brilliance of the second, and once again the reasoning must come back round to the fact that the filmmakers have perhaps spent a little too much time rearranging and reimagining the franchise’s mythology, and not enough time giving the fans what they really want, kicks action scenes, a plot that isn’t too convoluted and Arnie at his best. 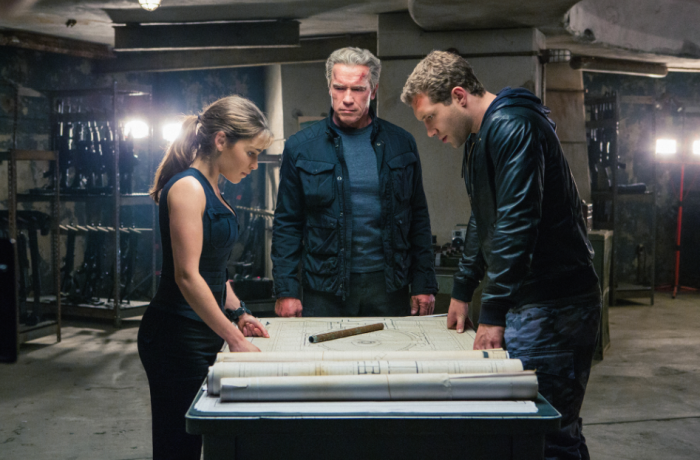 In terms of cast, Arnie was, well, Arnie. The guy may be nearing 70 but he knows what the audience wants and gives it to them with no reservations. Giving a pleasantly self aware performance that is more akin to the jovial, even witty, T-800 of Judgment Day, Schwarzenegger’s work can be sucinctly described by the same tagline given to his character within the film, “old, but not obsolete”. Jai Courtney as this generations Kyle Reese gives a satisfactory enough performance, though he certainly lacks the charisma that Michael Biehn brought to the role in the 1980s. The one glaring negative, in my opinion at least, is the performance of Jason Clarke as John Connor. Clarke fails to show any spark or real presence throughout, and possesses neither the cocky charm of Edward Furlong’s teen John or the star quality of Christian Bale’s adult take in Salvation. Admittedly, those who have seen the film will know that his character’s path is somewhat different this time around, but the fact remains that Clarke simply doesn’t deliver at the crucial moments. However, allaying these complaints to a large degree is the revelation of Emilia Clarke as Sarah Connor. With Linda Hamilton’s being some of the biggest cinematic boots one could attempt to fill, Clarke does a fantastic job of embodying the no nonsense, hard shelled attitude of classic Sarah whilst at the same time bringing a personal spin to the iconic character. Helped in large part by ticking all the boxes in terms of physical similarity, it feels as though Clarke understands that when it comes to what has been laid down in Terminator history, the continuation of a strong, beloved character is more important than reincarnating them for self purpose. She may have some suspect dialogue with which to contend, but in my opinion Emilia Clarke is free to portray Sarah Connor for as long as this new series of instalments continues.

Overall, Terminator Genisys is neither a complete home run nor a complete failure. Certain performances and thrilling set pieces are enough to iron out most of the creases that the overly intricate and in parts logically suspect narrative creates. In terms of its place on the franchise ladder, the film sits firmly in the middle, bridging the gap between the brilliant original and Judgment Day, and the decidedly less so Rise Of The Machines and Salvation. Flawed in places yet aiming for the right kind of targets, Genisys is certainly deserving of a watch, with an uproarously fun fight scene between young Arnie and old Arnie worth the price of admission alone.