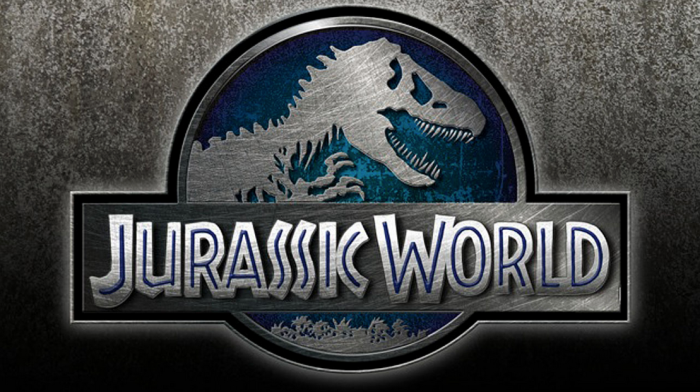 In any other year, the return of the Jurassic Park franchise to the cinematic universe would have been the biggest story around. However, the reawakening of a certain force and certain Star Wars has meant that much of the fanfare that one would expect Jurassic World to be greeted with seems to have been somewhat muted. In many ways, the history of both franchises feels rather similar in the sense that they both began to public and critical acclaim but thanks to subsequent sequel (or prequel) offerings have been left with much to repair. Braving the expectation of the cinema going public first is Jurassic World, would it be able to recapture the magic and power of the first film? Or would it suffer the same fate as the much maligned last instalment, 2001’s Jurassic Park III?

In all honesty, I would have to say that film falls pretty much right in the middle of the two extremes. Jurassic World reintroduces the audience to the once again dinosaur filled world with little exposition or particular fanfare, and this proves to be rather effective. We are dropped right in to the action, following child protagonists and brothers Zach and Gray Mitchell (Nick Robinson and Ty Simpkins) as they journey to visit their aunt Claire (Bryce Dallas Howard), park operations manager at the hugely successful Jurassic World, a dinosaur filled theme park located on the same site of the original Isla Nublar disaster some twenty years before. Having clearly learned nothing from the three previous disasters, Claire and co. are portrayed to treat the park and its inhabitants very much as business assets rather than living, breathing, dangerous animals, and in true to form fashion, the levels of genetic breeding and manipulation come to a head with the escape of the terrifying and volatile Indominus Rex, part T-Rex, part classified DNA that proceeds to wreak havoc on park visitors and dinosaurs alike. In terms of aesthetic and world building, Jurassic World is a joy to behold. I have noticed some critics complaining about the quality of the CGI, but personally I felt the graphics were more than adequate and the tone set of a stylish, tech filled Sea World on steroids makes for a visually engrossing environment to watch and experience. Claire, Zach and Gray are accompanied on their dinosaur avoiding/fighting journey by Owen Grady (Chris Pratt), a macho Velociraptor trainer in the mould of a charismatic Indiana Jones, and the bulk of the plot revolves around tracking and defeating Mrs. Indominus Rex, with all the obstacles and plot twists that we have come expect from a sci-fi action adventure. Everything that is great about Jurassic World is down to the strong reverence it has for the outstanding original. There are a number of brilliant little touches and salutes to the 1993 classic from the recurrence of the hair raising John Williams score to artefacts and references made throughout the narrative. What is less brilliant about the film is its reliance on and tendency to revert to numerous genre and gender cliches that, whilst the norm once upon a time, are now seen as gauche and unsophisticated. I could do nothing but laugh out loud as Bryce Dallas Howard proceeded to run from a T-Rex in five inch heels, and there was much groaning to be done when it became clear that the filmmakers were leading the two adult protagonists in to a inevitable and underdeveloped romance. Yes, we may have had a gratuitously topless Jeff Goldblum in 1993, but Spielberg knew we were there for jurassic adventure and that is exactly what we were given. 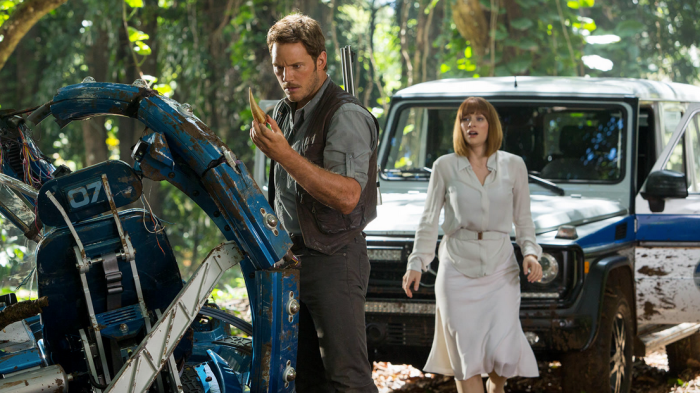 Though clearly the dino-centric action set pieces are the film’s main focus, Jurassic World boasts a cast that, whilst not particularly blowing anybody away, provide mostly satisfying and sympathetic human company. Chris Pratt is arguably the pick of the bunch as Owen, undeniably charismatic and a well intentioned character, but perhaps taxed with most of the truly cliched and cringe worthy lines that belong in the stiff adventure films of the late eighties and early nineties. Bryce Dallas Howard threatens to break through cliche as Claire, but the plots insistence on her being defined by her romantic interests completely overrides many of the more pleasing character moments that she has. One can’t help but feel that the filmmakers also missed a trick in the decision to make the child and teen characters in the film two males. Though both Nick Robinson and Ty Simpkins both give fine if not somewhat inconsequential performances, it would have been great to see a brother/sister partnership instead, an easy change that would have made the picture feel much more inclusive which is something that Jurassic Park did extremely well.

However, having said all of this, and despite many of the film’s blatant flaws, Jurassic World was some of the most fun I have had in the cinema this year. If you try not to get too bogged down in the over-involved side plots about Vincent D’Onofrio’s ambition to turn the dinosaurs in to military fighting weapons and the hackneyed attempt at romance between Pratt and Dallas Howard, and if you look closely enough and try to ignore some of the more hammy dialogue, you will discover and recognise some of the DNA that sparked the undeniable magic of Jurassic Park. Though the film is not the triumphant return to form that it will have hoped to be, it nonetheless comfortably enters in to the franchise rankings at a solid number two below the 1993 original. I have seen some critics be really rather cruel towards Jurassic World, and perhaps my standards are lower or I am blinded by pure childhood nostalgia, but I had a good old time. Nothing more, nothing less.