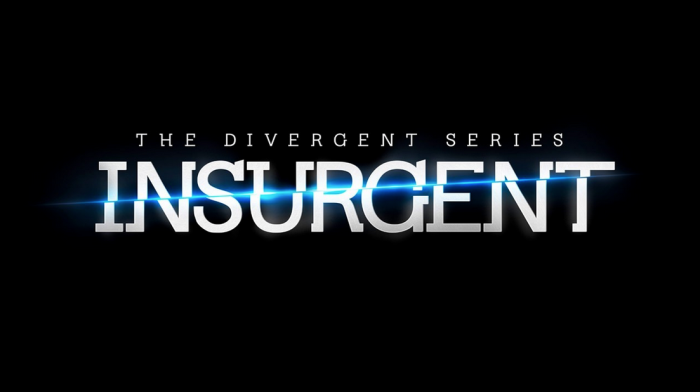 It seems as though all I have been doing for the past few weeks is watching films starring Shailene Woodley. I was forced by a friend to sit through a second viewing of The Fault In Our Stars (a film that I really did not like), and subsequently caught her starring role in White Bird In A Blizzard (a film I liked very much). Now comes this week and a return back to the universe that arguably gave Woodley her big break, Insurgent, the follow up film to last year’s latest female driven young adult post apocalyptic dystopian trilogy, Veronica Roth’s Divergent series. Having grown a stronger fondness for the leading actress and after recalling from my Divergent review that I actually rather enjoyed the first instalment, I went in to Insurgent with hopes that the sequel would follow very much in the same vein.

The film picks up just days after the scenes depicted in the last minutes of the first film, with Tris (Shailene Woodley) and some of her fellow Dauntless in hiding with Amity following the destruction of Abnegation. Whilst searching through the ruins of the Abnegation community, a mysterious box is found underneath Tris’ old house and is immediately taken Erudite leader Jeanine Matthews (Kate Winslet), who deems it to contain a revelatory message from the founding fathers of this dystopian Chicago. Discovering that only a true, 100% Divergent can open the box after completing five simulations relating to each faction, Jeanine makes Tris public enemy number one and endeavours to bring her to the Erudite headquarter where this dangerous test can be undertaken. The main problem with Insurgent is that it suffers very from ‘middle book syndrome’, an instalment whose proceeding chapter was really very good and whose concluding chapter promises to be a thrilling and exciting climax, but is left in the middle somewhat treading water and having to quite mechanically put all the joining pieces together to help create a fluid story overall. Aside from a handful of subplots including Tris’ growing romance with Four (Theo James), and Four’s tension filled reunion with her presumed dead mother (played by Naomi Watts), Insurgent really is the rather short story of Tris returning and submitting herself to Jeanine’s tests that has somehow been stretched in to a two hour motion picture. Of course, this wouldn’t be a problem if the two hours was executed interestingly from start to finish, but in all honestly, despite an enigmatic performance from Shailene Woodley, Insurgent boasts roughly forty minutes of truly entertaining sci-fi action. It is not until the final third of the picture that the true meat of the piece is given to the audience, and even then there is criticism to be levelled at the filmmaking decisions made for the vital simulation test set pieces. Tris is forced to display each of her Divergent making faction qualities in a series of character testing simulated scenarios, and whilst these scenarios are interesting and at points thrilling, the choice to style them in a ‘blocks falling apart’, pixel crumbling Inception kind of way, to be honest, made them look a little cheap and less then innovative.

As mentioned briefly above, Insurgent’s saving grace is the strong, commanding performance from it’s leading lady Shailene Woodley. As is the unavoidable case with these young adult franchises, the leads will always be compared to each other, and in my opinion Woodley is more than a match for Jennifer Lawrence as Katniss Everdeen in the Hunger Games series. Both are strong female characters with much to offer, but there is something about Woodley’s Tris that feels more authentic, more vulnerable and more reactive and dangerous when needed to be. Lawrence has the luxury of being able to rely on her excellent band of cast mates to share the load, but Woodley really does seem to carry this thing all by herself. Sure, Theo James as Four is brooding and masculine, Kate Winslet gives a satisfactory turn as a power hungry villain and the more notable supporting roles filled by actors like Miles Telller, Zoe Kravitz and Ansel Elgort are all completely fine, but the only semblance of real star quality within the film comes from Woodley. Without her engaging performance I fear many more of the cracks that Insurgent possesses would not have been so easily paper over.

Overall, Insurgent does not live up to the promise of its predecessor, but its final third along with the captivating performance by the film’s lead actress are enough to persuade me to stay with the franchise and stick around to the end. It certainly is not a case of choosing between this series and the Hunger Games series. If young adult, female driven dystopian science-fiction is your bag then there is definitely enough room for both Tris and Katniss in your cinematic life. As for me, I can’t help but wonder if I am falling in to the well worn Hollywood cliche of “I’m getting too old for this shit”.