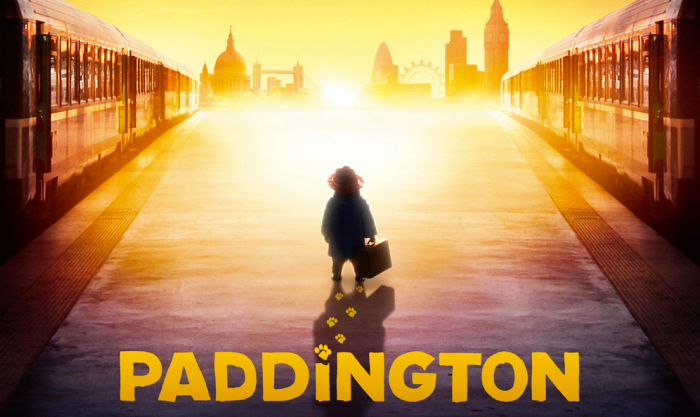 My initial response to the prospect of a reimagining of the much loved Peruvian favourite Paddington Bear was one of great apprehension. The film industry, over the years, has taken great pleasure in ruining the childhoods of so many by producing below par, off message episodes of beloved fictional characters that individuals and sometimes entire nations hold dear to their hearts. The duffel coated, red hatted, marmalade loving creature is certainly one such beloved property, and my head immediately began to fill with images of Americanisation and and unnecessary modifications for a contemporary demographic. My doubts, however, were slightly eased upon the release of the film’s trailer, whose two minutes or so of running time gave me some of biggest nostalgic pleasure I have experienced all year. So with my spirits buoyed and an imaginary marmalade sandwich in hand, off I ventured to see of 2014’s Paddington would be the picture I was hoping for.

I am incredibly pleased to report that I was not disappointed. In fact, this unassuming film might just have wormed its way amongst my favourites of the year. Paddington is a wonderful and reverential mixture of source material and fitting fresh narrative, a recognisable origin story combined with a genuinely interesting and enjoyable new plot. The film begins not on the platforms of Paddington Station but in the jungles of Darkest Peru, where the audience are treated to a well paced and well explained vignette of Paddington’s (voiced by Ben Whishaw) guardians Uncle Pastuzo (Michael Gambon) and Aunt Lucy (Imelda Staunton) meeting a British explorer and learning London etiquette and the culture of the British people. Cut to some years later and young Paddington, after a disastrous earthquake and the retirement of Aunt Lucy to a home for bears, finds himself stowing away on a ship to begin a new life in the city his family hold so dear. Upon arrival, however, Paddington finds that times have changed since the gentleman explorer visited Peru, and the big city is now a rather hostile and unfriendly place. That is, until he happens upon the Brown family (Hugh Bonneville and Sally Hawkins), who take him in and begin to give him the home of which he has dreamed. The first thing to say about the film is that, triumphantly, is it really, genuinely funny. The classic five laugh test had been passed well before the twenty minute mark, and the picture possesses a great mix of humour that appeals to audiences both young and old. Refreshingly, the filmmakers are not afraid to expose their demographic to a dark side, something so sadly missing in the majority of children’s movies these days. There has been a degree of debate surrounding the potentially upsetting danger that the film’s villain (Nicole Kidman) poses to Paddington, but from what I could see not one child in my screening had a negative reaction to the events unfolding on screen. Kids are made of much sterner stuff than some people like to believe, if we could handle Mufasa dying in the nineties, they sure can take the threat of a murderous taxidermist in 2014. Bringing all of these factors together is the overwhelming sense of charm that the film oozes throughout. The protagonist and main characters are just as likeable and endearing as the villain is threatening, and the effortless way in which the filmmakers create a real attachment between the audience and the lives on screen makes for a truly emotional journey. I am not ashamed to admit that tears flowed on more than one occasion, something that I absolutely did not expect to happen upon entering the cinema.

The film is elevated to further heights thanks to the wonderful performances given by the entirety of the cast. Ben Whishaw is perhaps not the first name that comes to mind when considering the lead role, but his voice work as Paddington is absolutely perfect. I lost myself in his characterisation and in the charming animation and in hindsight cannot think of a better person to bring the bear to life. Special mention must be given to Hugh Bonneville and Sally Hawkins as Mr. and Mrs. Brown, who bring a lot of the comedy that will appeal to an older audience from relatable comic and awkward situations with their children to a hilarious exposé on what can change in a relationship once you have offspring to look after. Julie Walters as housekeeper Mrs. Bird is perhaps the most stilted and cliched character of the bunch, but an actress of her quality is enjoyable to watch and she is clearly having a blast playing such a pantomime-esque role. Nicole Kidman brings a touch of Hollywood spark to proceedings as evil taxidermist Millicent Clyde, and although the role is rather throwaway compared to the charming magic of the Brown family dynamic, Kidman still brings an important narrative edge to the film and shows that she is not afraid or apprehensive about looking silly or being the butt of a joke.

Overall, Paddington is a complete triumph. Released at the perfect time, the film has that feeling of becoming a seasonal favourite without actually being directly related to Christmas at all. The tone and feel of the picture brings back fond memories of the proper family films of the nineties, unfortunately a dying breed in today’s cinematic climate. The filmmakers hardly put a foot wrong and subsequently have succeeded in creating something that will continue to be enjoyed for many generations to come. It is a children’s film, of course, but one with great substance and one that will always appeal to older audiences through its age old protagonist. An absolute delight and arguably the most fun I have had in the movie theatre all year.