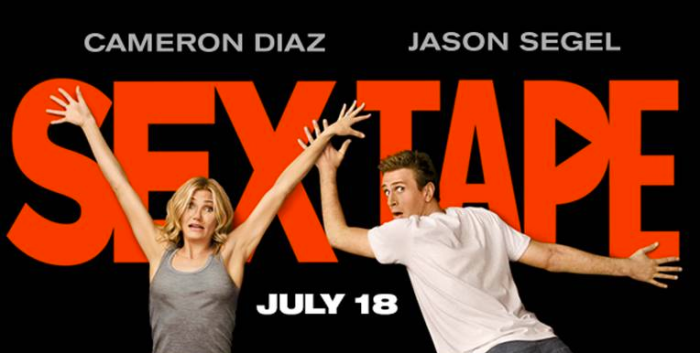 Along with horror, comedies (particularly Hollywood made and aimed at a teenage and young adult audience) generally rank among the genres that I spend the least amount of time watching at the cinema. This isn’t because I dislike the genres as a whole, but more because, to be honest, more than any other genres horror and teen oriented comedy are the most likely to produce films that divide opinion with regard to personal preference. What one individual finds terrifying might leave another person bored, just as something that might split your sides could leave your friend yawning in boredom. I prefer instead to wait and discover these kinds of movies in the comfort of my own home when they are shown on TV or turn up on Netflix, much easier that way to push the off button if your funny bone isn’t being tickled. However, finding myself with nothing to do on a windy Friday, and armed with my still new and still shiny Cineworld Unlimited card, I decided to take a trip to see the latest high profile comedy, Sex Tape.

The film is essentially a modern caper about married couple Annie and Jay (Cameron Diaz and Jason Segel) who, in an attempt to spice up their dwindling love life, decide to make a sex tape on an iPad. In true comedic fashion, this three hour long video is then mistakenly uploaded to the mysterious ‘cloud’ and is added to the handful of other iPads that Jay has given to family and friends in the past, and what follows is seventy minutes of straight forward retrieval of iPads in an assortment of weird and wacky events. You may have noticed that I have used the word ‘iPad’ an unnecessary amount of times in the last few sentences, and this is an attempt to replicate the absolute bombardment of product placement that Sex Tape employs throughout its fairly short running time. The use of Apple products is so prevalent and conspicuous from start to finish that the film, first and foremost, feels like a ninety minute long commercial. I can accept that most people own either an iPhone or iPad these days, but I was left truly exasperated when at one point Jason Segel drops a tablet only to bend down and dryly remark “wow, the construction and build on these things is incredible”. If I wasn’t the only person in the cinema, I would have turned to a fellow viewer and shaken my head. Besides from the almost offensive, James Bond rivalling, product placement, the true problem with Sex Tape is that is not nearly funny enough. Give or take three sequences that made me chuckle, the film offers nothing in terms of comedic originality and attempts to replicate numerous sequences that have been done much better in other pictures. The film also relies so heavily on the mere thought of its scandalous premise that it fails to really produce anything of risqué merit on the screen, and ultimately the narrative becomes repetitive and boring as the audience watch Annie and Jay race from one acquaintance to the next trying to delete the video that we do not get to see until a series of PG-13 friendly clips accompany the closing credits. 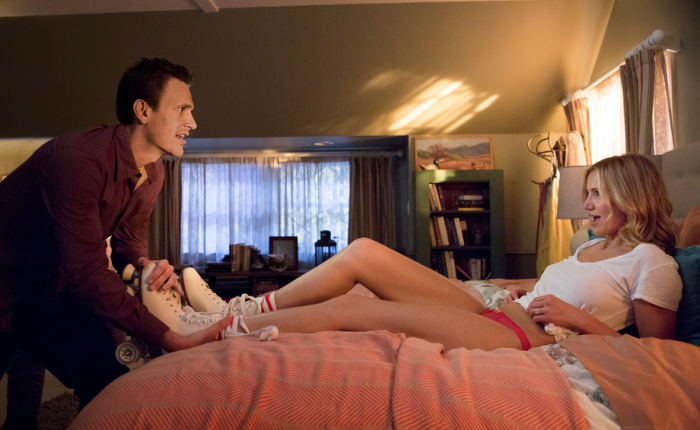 Not particularly helping the film’s cause is the fact that Cameron Diaz and Jason Segel display little to no on screen chemistry. I have a soft spot for Diaz through a number of childhood guilty pleasures like Charlie’s Angels and The Sweetest Thing, and have enjoyed Segel in comedic roles in films like Easy A, but neither performer is at their best in Sex Tape. Diaz still possesses an undeniable presence and charisma and Segel certainly evokes a likeable air, but Annie and Jay as characters fall rather flat and never create a worthy connection with the audience. Ellie Kemper and Rob Corddry provide a few moments of slightly less forced feeling comedy as side kick family friends Tess and Robby, but they do have the advantage of being involved in some of the films more enjoyable moments in general. Rob Lowe gives a bizarre and rather awkward performance as a rich company owner with a bunch of unusual hobbies who wants to buy the blog that Annie writes about motherhood, and whilst the sequence in which the desperate couple try to remove an iPad from his house is clearly meant to be the film’s pièce de résistance, it is so weird and disjointed that is ends up being detrimental to the pace and tone of the rest of the narrative.

Overall, Sex Tape is one to be added to the long list of comedies with potentially interesting premises that fail to deliver and become something of a chore to watch. Sure, there are a handful of scenes that will make you laugh and Cameron Diaz and Jason Segel are perfectly fine in their cliched roles, but the small sprinkling of enjoyment that the film provides is not enough to outweigh the lengthy periods of boredom and tedium that are interspersed between the funnier moments. Perhaps worth a watch when it eventually appears on Netflix or late night TV, but certainly not one to be making a trip to the cinema for, Unlimited Card holder or otherwise!