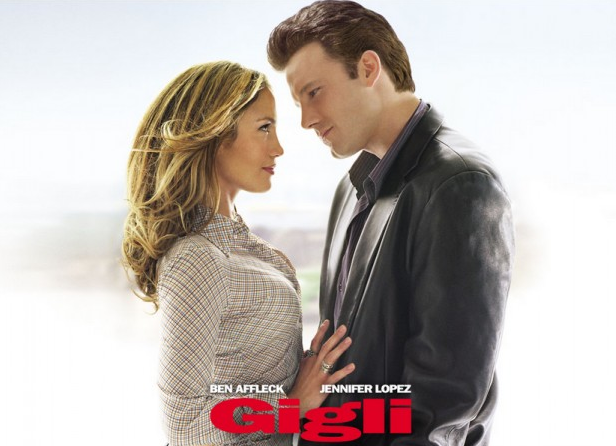 This week’s Second Chance Saloon adventure comes in the form of the eighty-ninth worst movie ever made, 2003’s cinematic disaster Gigli. Starring the romantic pairing of the moment Ben Affleck and Jennifer Lopez, the film details the kidnapping by Larry Gigli (Affleck) and Ricki (Lopez) of the younger brother of a federal attorney in order to blackmail him in to dropping charges against the gangster whom the duo are working for. The plot is basic and unoriginal, nothing you haven’t seen before in dozens of forgettable mobster movies. It is a feat of queer admiration, therefore, that Gigli manages to be one of the most offensive films you are ever likely to see.

The picture’s first offence is the way in which it treats the character whom Gigli and Ricki kidnap. Brian, played by Justin Bartha, has some form of learning disability and is taken by Affleck’s character from a care home. The problem I have with this character choice is that it’s only real function appears to be to allow Gigli to lose his temper whenever Brian fails to understand instruction, to at times physically threaten him due to this lack of understanding, and worst of all to throw the word ‘retard’ around as if it were going out of fashion. The relationship between Gigli and Brian does change and soften as the plot progresses, but the message given here seems to be ‘give the retard a chance and you just might grow to like him’, a message that I am not at all comfortable with and do not accept in any way. And what’s more, the film’s dire script never produces a suitable apology for Gigli’s actions toward Brian for a sizeable portion of the film. The best we are given is a half hearted, only implied apology from one character to the other as the plot draws to a close, and Brian’s apparent acceptance of this, rather than being an insight in to the sometimes oblivious nature of a character with mental disability, comes across more as a statement that you can spout as many hurtful insults as you wish as long as you apologise afterwards. This clearly was not the intention of the film, but seriously bad acting failed to provide any texture.

Gigli’s second offence is its outrageous examination of sexual politics. Jennifer Lopez’s character Ricki is revealed at the beginning of the film to be a lesbian, much to the dismay of Affleck’s Gigli. What commences over the next two hours, and at times becomes the absolute focal point of the film, is an incredibly misguided line of discussion between the two over the supposed flexibility of a homosexual woman’s orientation. In what felt like a thirty minute long scene, an excruciating conversation takes place in which Gigli argues that lesbians feel sexually incomplete due to the lack of a penis, and Ricki counters these claims with a bizarre and completely cringeworthy monologue about women’s mouths being the ‘twin sister’ of the vagina, and the fact that a person’s first romantic instinct is to kiss their partner means that the female body is in fact the pinnacle of sexual desire. Cringeworthy as this exchange was, there was the potential here for an interesting dynamic between the two characters as the film progressed. Inevitably, the entirety of Ricki’s argument is horrendously undermined as within thirty minutes of this scene the two are making sweet sweet love, sending what comes across as a big fuck you to anybody who might not believe in the seductive powers of Ben Affleck, or men in general. One is left wondering, much like Brian’s disability, was this subplot included for any other reason that to upset a large bracket of people? 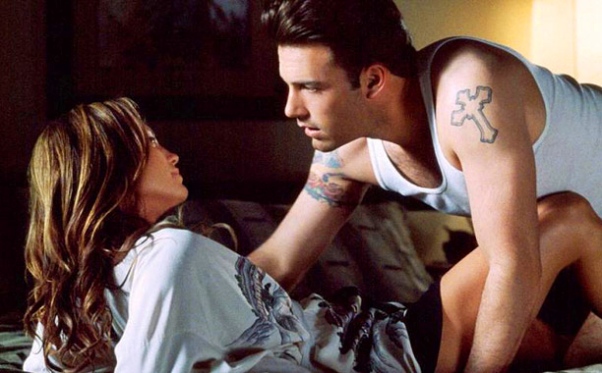 It is easy to see why both Affleck and Lopez would have been willing to star in this film. Their relationship at the time, salaries offered in order to get them together, and the resulting media interest from the on screen union would probably have been enough to persuade any fame hungry pair. One thing I am sure of, though, is that Gigli cannot have read well as a script. I was therefore utterly shocked to discover the calibre of some of the film’s supporting cast. In what now has to feel like the biggest mistake of their careers, somehow Christoper Walken and Al Pacino agreed to appear in this mess. Playing a shifty cop and demented gangster respectively, I physically groaned upon both character’s arrivals, and was both saddened and perplexed by their involvement. I can only hope that they were paid handsomely for their cameos and never saw the final creation.

I know the aim of the Second Chance Saloon is to find redeeming qualities in the films that society has disowned, but on this occasion I’m truly stumped. Gigli’s heavy handed and misguided treatment of mental incapacity and dismissive and cynical view of female sexuality make it an unenjoyable and at times anger inducing experience. The starring couple ended their relationship not long after the completion of this film, perhaps no longer able to live with what they had given to the world. Stay away, stay far far away.