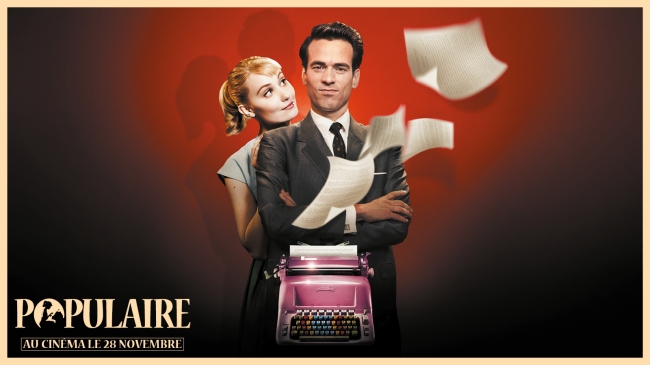 Let me begin by stating that I have never particularly been a fan of French cinema. I enjoy the grittier, more dramatic offerings such as La Haine and Irreversible, but usually cannot abide the whimsical, wishy washy romantic comedies that seem to make up the bulk of the films that end up crossing the Channel to be shown to the British audience, such as Amelie. So it was against my better judgement that I agreed to accompany a friend to see Populaire, a film set in 1950s France that tells the story of a young woman (Deborah Francois) striving for modernity in various ways, most notably by taking part in a speed typewriting competition under the supervision and training of her hopelessly handsome boss played by Romain Duris. Yes, you heard me right, a speed typewriting competition.

The film was filled with all the cliches I have come to expect considering the nationality and genre. I found the happy-go-lucky score, overly vivid colouring and all around smugness of the piece to be very off putting, but aside from the inescapable, and at times unbearable, ‘pleasantness’ that comes with this type of French cinema, the film was held together by a very likeable and well chosen cast. Duris and Francois’ on screen chemistry is enjoyable to witness, and supporting roles from Shaun Benson and Berenice Bejo (of The Artist fame) served to pad the picture out with believable characters and relationships of some value for the viewer. There were two particular elements, however, that against my better judgement and preconception, tricked me in to enjoying Populaire much more than I anticipated. The first is that it mirrors, in plot and at times in humour, one of my very favourite films, My Fair Lady. The character dynamic between protagonists Rose and Louis is undeniably comparable to that of Eliza Doolittle and Henry Higgins, though admittedly with more sexual tension  and eventual on screen activity, nobody wanted to see Rex Harrison on top of Audrey Hepburn. 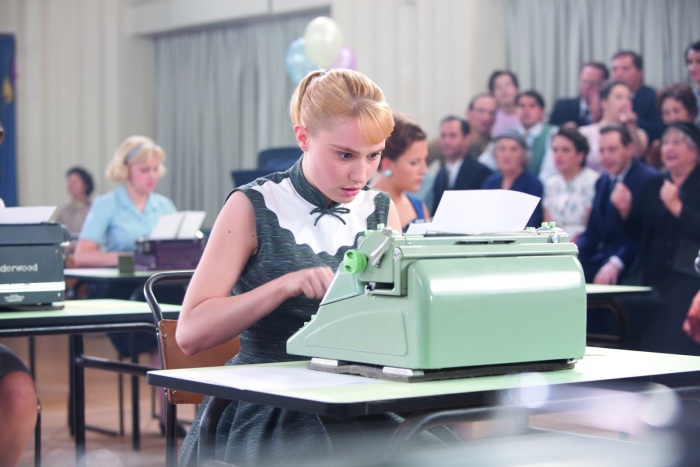 Secondly, I’m a sucker for any film that involves sport and the documentation of a sporting event, from Escape To Victory to A League Of Their Own to The Mighty Ducks, and what Populaire does manage to do well is make as mundane a task as typing feel like the be all and end all of sporting achievement. The film’s best scenes are those set in the heat of competition, I never thought I’d be interested in the world record for keystrokes per minute, but I was, I really really was. (It’s 515 by the way, just in case you were inquisitive yourself.)

So overall, Populaire gets a two and a half out of five from me. A straight forward comedy about the world of speed typing would have scored higher, but the sheer corniness of the film’s romantic element stops me from being able to heap further praise. I am left to wonder why the French, a famously amorous nation, always seem to create the most cringeworthy and trite dialogue when it comes to romance. The film’s closing line is “America for business, France for love”, and if that is the choice in cinematic terms, I’m afraid I’m going business every time.