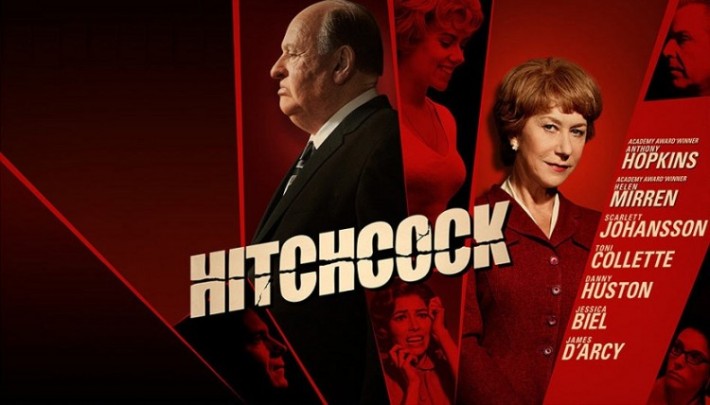 In a severe case of bad timing, Hitchcock seems to have appeared with little fanfare and been unfairly compared (in the UK, at least) to the BBC’s Boxing Day drama The Girl, which detailed the making of Hitchcock’s avian horror The Birds and the unsavoury relationship that he had with its star Tippi Hedren. Whereas Toby Jones’ portrayal of Hitchcock is nothing but sinister and unnerving, Anthony Hopkins’ treatment of the big man, whilst maintaining an uncomfortable edge, gives us a much more delicate and light characterisation. This has lead some critics to favour Jones’ turn and blast Hopkins for being almost caricature like with the excessive use of prosthetics and fat suit. Personally, I didn’t find Hopkins to be bad in any way, although I haven’t seen The Girl so am unable to compare.

The film can be seen almost as a prequel to The Girl in the fact that it is set during the period of the making of Hitchcock’s previous picture, Psycho. We are given insight in to the struggles to get the film sanctioned and released, as well as various snippets of the creative process, such as the infamous shower sequence and the climactic discovery of dear Norman’s mummy. But if you are looking for a film focused solely on the birth of the cinematic classic, then you will have to look elsewhere.. 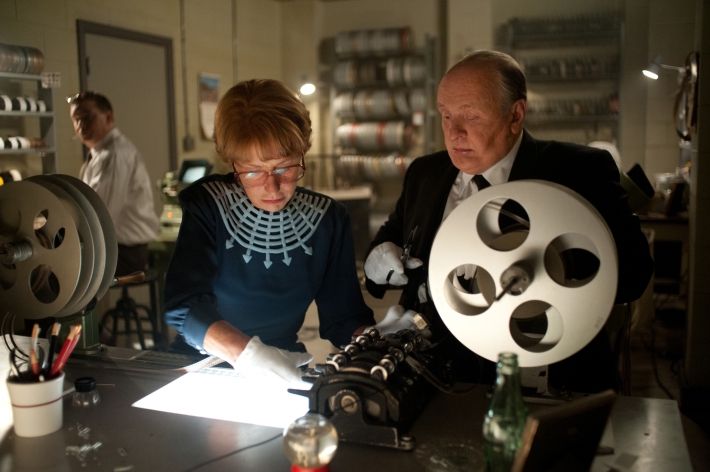 At the heart of Hitchcock is the unconventional love story of the director and his wife and collaborator Alma Reville. It seems as though their relationship really did abide to the cliché that behind every man there is a great woman, as the film makes no bones about the fact that Alma played more than just a minor role in the success of Hitchcock’s career, whipping both him and his scripts in to shape on several occasions. Helen Mirren does a great job at playing an ageing and vulnerable woman in the midst of the many Hollywood screen sirens that were attracting her husband’s attention, but at the same time being a strong and independent female figure in what was at the time an overwhelmingly patriarchal business. Their marriage and it’s highs and lows take up a sizeable portion of the film’s 98 minutes, and whilst some may see the sub-plot as unwanted, I enjoyed seeing a more personal side to a figure whose cinematic methods I was already well familiar with.

So Hitchcock gets a solid 3 out of 5 from me. Nothing spectacular, but good performances all round and an enjoyable evening at the cinema. However, the one thing that the film really does succeed in is to make you want to watch Psycho, so if pushed for time or patience I wouldn’t be upset if one were to skip this altogether and head straight for the 1960 masterpiece instead.